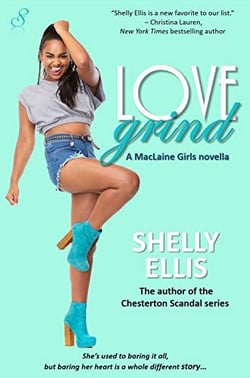 She’s used to baring it all . . . but baring her heart is a whole different story

Down on her luck and broke, Jennifer Dudley long ago traded dancing in the chorus line for swinging from a stripper pole to make ends meet. She’s hoping an offer to come back home and teach dance at her old performance academy will be the opportunity she needs to fix her life. When she moves in with and falls for a software developer with brains, a boyish smile, and muscles, she decides she might be well on her way to a second chance at success—and love. But her X-rated past may come back to haunt her, compromising her newfound happiness and hurting the ones she loves the most. 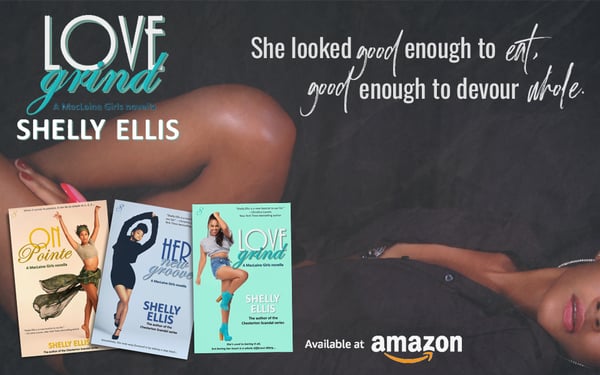 Jennifer walked through the front door, shutting and locking it behind her. She smiled when Horatio rose from his doggie bed and trotted across the living room toward her.

“Hey, big guy!” she gushed as she rubbed the boxer’s head and he licked her hand in greeting. “Did you have a good day?”

He panted and barked in reply.

“Yeah, I’ll hang out with you. Had a change of plans this evening but that’s OK. We’ll just watch some TV and eat nachos, huh?” she said to him. “Just let me get out of this leotard and tights.” She then strolled to the stairs.

Jennifer could hear the thumping base of R&B music playing on the floor above. It sounded like it was coming from Blair’s bedroom. She jogged up the stairs, tugged the strap of her dance bag over her head, and turned to walk down the hall toward her bedroom, but halted in her steps when she saw Blair stroll out the upstairs bathroom they shared, sending out a cloud of billowing steam into the hall in his wake.

Her mouth fell open in shock when she saw him.

Blair was butt naked, save for the towel he was using to wipe down his neck and face as he sprayed on deodorant and hummed absently along with the song that was playing on his stereo. As he walked, she got a delectable view of all that maple-colored physique in profile—from his toned arms to his tight ass to his muscular thighs. When Blair turned to walk toward his bedroom, she got a full frontal view. Though she should’ve looked away, she didn’t. Her eyes couldn’t help but travel the path of dark hair that led down his chest to his happy trail, ending at his manhood—and she almost choked.

Who knew computer nerds packed that much equipment?

Hearing her, Blair finally realized he wasn’t alone upstairs. He lowered the towel from his face. Their eyes met and for a few agonizing seconds they both stood in the hall, paralyzed, staring at one another like deer caught in oncoming headlights. Finally, he dropped the towel to his crotch.

All that manly nakedness was only inches away from her now and she felt the overwhelming urge to reach out and touch it, but Jennifer nobly held back. Instead, she closed her eyes and went flat against the hallway wall as he jogged past her to his bedroom, slamming the door shut behind him.

Jennifer cracked one eye open, then another. She stood in the hall, dumbfounded, unable to erase the memory of what she’d just seen.

“Oh, my,” she whispered again, laughing a little, still in shock. “Whoa!” 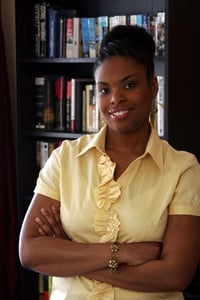 Shelly Ellis is a NAACP Image Award-nominated women's fiction/romance author and creator of the Gibbons Gold Digger and Chesterton Scandal series. Her fiction writing career began when she became one of four finalists in a First-Time Writers Contest when she was 19 years old. The prize was a publishing contract and having her first short-story romance appear in an anthology. She has since published ten novels and was a finalist for 2015 NAACP Image Award in the Literary Fiction Category, a three-time finalist for the African American Literary Award in the romance category (2012, 2016, and 2017), and a finalist for the 2015 RT Reviewers' Choice Award in Multicultural Romance category.

She is married and lives in Prince George's County, Maryland with her husband and their daughter. Visit her at her web site www.shellyellisbooks.com.