I can hardly believe it, but this month I surpassed my reading totals from 2017.  Don’t ask me how, because I feel like I’m currently mired in a hopeless slump. If it weren’t for audiobooks keeping me engaged during my daily commute I’d be in an even sadder state.  And that’s just, well, sad.  But even with the slump that still hasn’t kept me from browsing for new off-the-beaten path historicals.  Something other than Regency and Almack’s horrible lemonade. 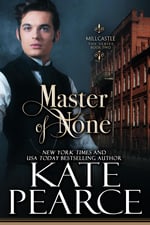 Master of None, by Kate Pearce

When mill heiress Miss Emily Marsham agrees to a marriage born out of tragedy and hardheaded necessity, her hopes for future marital bliss aren’t high. Adam Blackthorn, the ambitious manager of one of her father’s mills is not what she expected in a husband. Can she make the best of her situation and be a dutiful wife, or will Adam challenge her to become something else entirely?

I caught some Twitter promo (I think?) for Master of None, which happens to be the second book in the author’s self-published series centered around the fictional northern English town of Millcastle.  I LOVE stories set around the Industrial Revolution and Pearce has described this as Pride and Prejudice and North and South having a baby. Grabby hands! 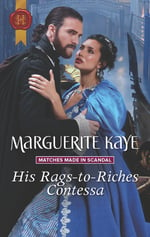 His Rags-To-Riches Contessa, by Marguerite Kaye

From the streets of London…to Venetian high society!

A Matches Made in Scandal story

Against the decadence of Carnival, Becky’s innocence and warmth captivate Luca, but as their chemistry burns hotter, the stakes of their perilous game are getting higher. For Luca is no longer playing for justice—but also to win Becky’s heart…

I’m currently behind on this series but I love the set-up, a mysterious woman only known as The Procurer provides introductions to people in need of services the other can provide.  This is the third book and the author drew inspiration from three sources: her editor who suggested Carnival, toughening up Eliza Doolittle by adding a dash of Helena Bonham Carter’s Mrs. Lovett in Sweeney Todd, and the 1973 film, Don’t Look Now, which is set in Venice. 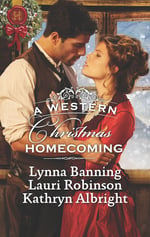 In Christmas Day Wedding Bells by Lynna Banning, buttoned-up librarian Alice is swept away by US marshal Rand Logan on a new adventure.

Then, Welles is Snowbound in Big Springs in this novella by Lauri Robinson, where he must confront Sophie and their undeclared feelings…

Finally, rugged outlaw Russ rescues Abigail from spending the festive season alone in Christmas with the Outlaw by Kathryn Albright!

It’s the time of year when Harlequin decides to separate me from my money by publishing a bevy of Christmas romances (I’m a sucker for Christmas romances - yes, I’m part of the problem).  There’s always a couple of Harlequin Historical holiday anthologies and besides being a western (grabby hands!) the Lynna Banning story features a librarian heroine! It’s an unwritten rule that I have to one-click this otherwise I might lose my secret librarian decoder ring.