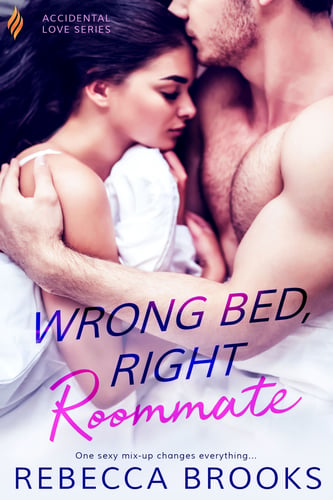 It's not every day you wake up to a stranger getting into your bed.
Only, he isn't a stranger at all, he's my best friend's hot older brother…and apparently my new roommate.
Having him in my space, driving me crazy, isn't a problem at all. Nope.
All I need to do is keep control of the situation…But that's easier said than done.
Shawn Lassiter is the kind of distraction I don't need.
First he accidentally gets into my bed, half-naked, the night before my first day at my new job.
Hello, muscles and tattoos!
Then he's there, in nothing but a towel, making me coffee in the morning.
It's more than any girl can resist. Right?
But Shawn is off-limits, even if his eyes are saying differently.Years ago, back when I still had my crush, he destroyed friendships with his reckless playboy antics.
There's no way I'm touching those perfectly formed abs now. I don't care how nice and responsible he's acting.
I don't want a boyfriend anyway. That's what my trusty vibrator is for.
I'm the smart girl—the glasses-wearing, book-reading workaholic. I can totally do this.
After all, it's only for two and a half months.
I'll be on my best behavior...even if Shawn isn't.