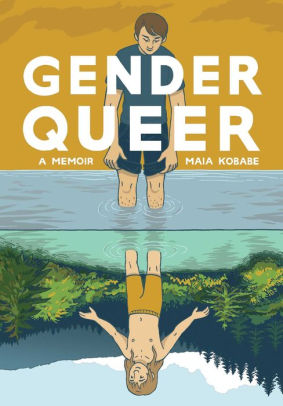 Started as a way to explain to eir family what it means to be nonbinary and asexual, Gender Queer is more than a personal story: it is a useful and touching guide on gender identity—what it means and how to think about it—for advocates, friends, and humans everywhere.

Kobabe describes a life of questioning, of learning and of confusion. E will find a piece of the puzzle of eir identity and then have an experience that brings em back to the drawing board. While no life follows one linear path, the lines drawn by groups in power in our society make it more complicated to figure out who you are if you don't fit within them.

Cis, allo readers will probably find a lot confusing or challenging here. Kobabe describes a lot of dysphoria and confusion that cis, allo readers will probably not have experienced and might find hard to digest. And while I don't think Kobabe has written the book for these readers, e chooses to illustrate conversations e had with family and friends that will probably answer questions along the way. One that stuck out to me is a conversation e had with a lesbian aunt who came up during the 70's, a time of lesbian feminism that has resulted in a lot of TERFy art, ideas, and language (also biphobic). That discussion covers misogyny and the idea that gender queer and masc-presenting AFAB individuals have internalized misogyny and that's why they reject the feminine so strongly. After all, a lesbian can be butch and not reject the idea of being a woman.

And yet gender and gender expression are so much more complicated than that. When e goes to the gynecologist, e's traumatized. E has sex, but has a hard time figuring out what it means for em and how e wants it to fit into eir life going forward. It's an incredibly intimate story and it's so complicated. It's about 25 years of questioning, of reflection, of navigating queer spaces and trying to find a place. And it's one of acceptance.

One final thing - e describes the process of coming out over and over. Coming out when you aren't quite sure what your identity is, the joy of finding the right pronouns, the pain of being misgendered repeatedly, and the weird feeling of not knowing whether it's better to be a teacher who can be a queer role model and be misgendered OR to make your gender known and then be removed from the space by parents/gatekeepers. To be an Out role model or to let people make their own assumptions. One of many choices with no good options.

I won't lie, I cried a few times, for reasons both heartbreaking and joyful. I'll leave you with one of my favorite pages, from when young Maia goes to a meeting of eir school's gay-straight alliance for the first time. Because finding your community is everything. 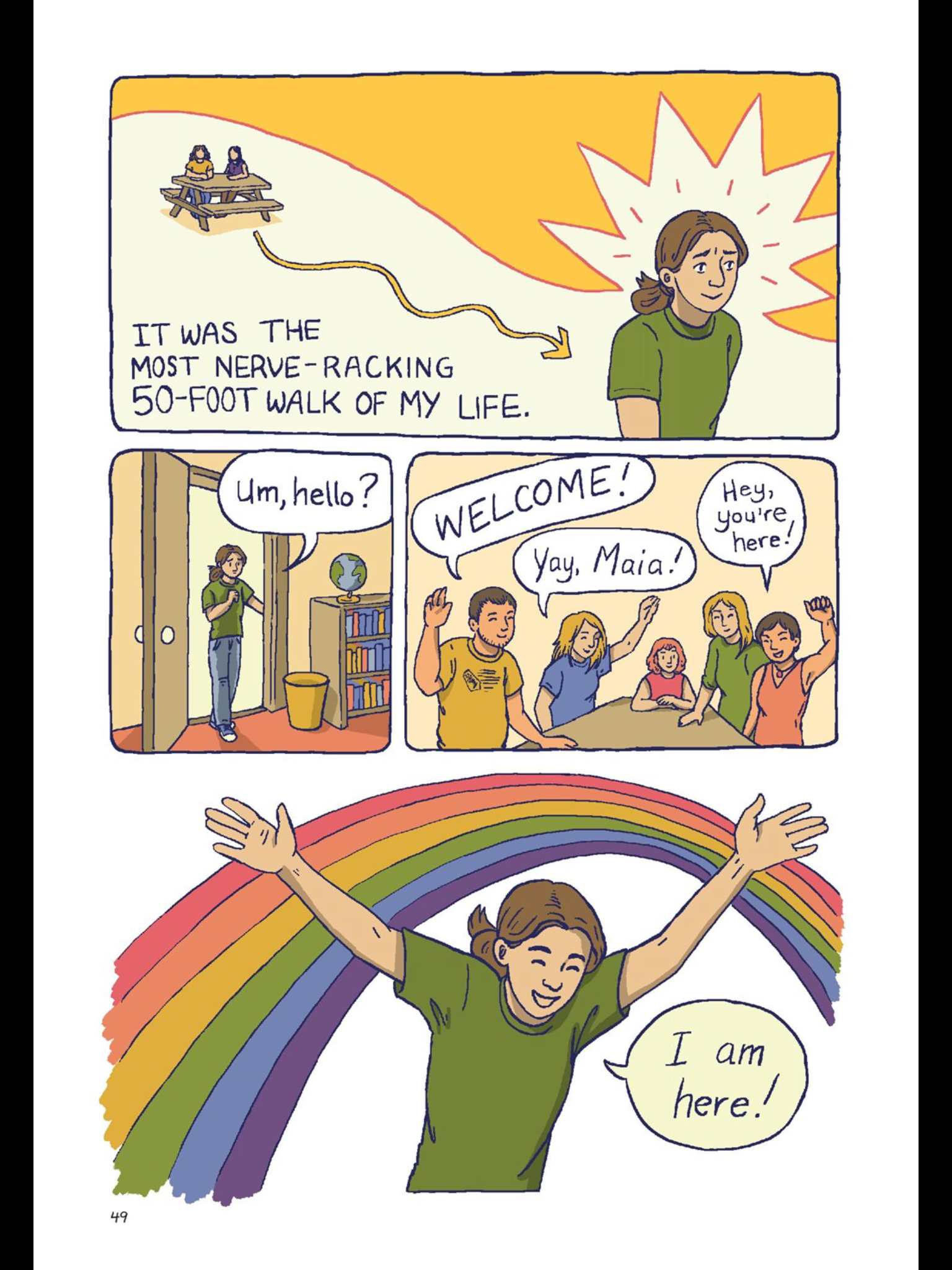