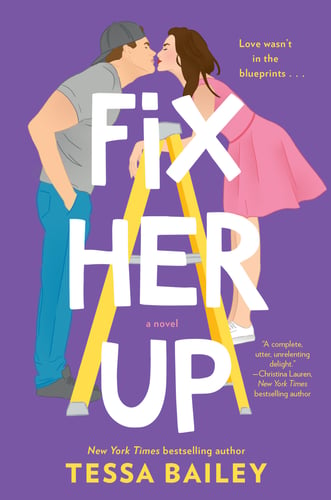 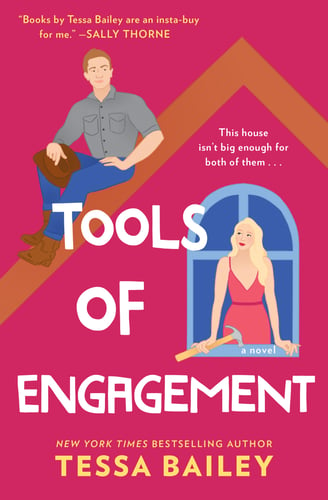 In Tessa Bailey’s latest rom-com, two enemies team up to flip a house... and the sparks between them might burn the place down or ignite a passion that neither can ignore!

Hair, makeup, clothing, decor... everything in Bethany Castle's world is organized, planned, and styled to perfection. Which is why the homes she designs for her family's real estate business are the most coveted in town. The only thing not perfect? Her track record with men. She's on a dating hiatus and after helping her friends achieve their dreams, Bethany finally has time to focus on her own: flip a house, from framework to furnishings, all by herself. Except her older brother runs the company and refuses to take her seriously.

When a television producer gets wind of the Castle sibling rivalry, they’re invited on Flip Off, a competition to see who can do the best renovation. Bethany wants bragging rights, but she needs a crew and the only member of her brother's construction team willing to jump ship is Wes Daniels, the new guy in town. His Texas drawl and handsome face got under Bethany's skin on day one, but the last thing she needs is some cocky young cowboy in her way.

As the race to renovate heats up, Wes and Bethany are forced into close quarters, trading barbs and biting banter as they remodel the ugliest house on the block. It's a labor of love, hate, and everything in between, and soon sparks are flying. But Bethany's perfectly structured life is one kiss away from going up in smoke and she knows falling for a guy like Wes would be a flipping disaster.

Review of Tools of Engagement