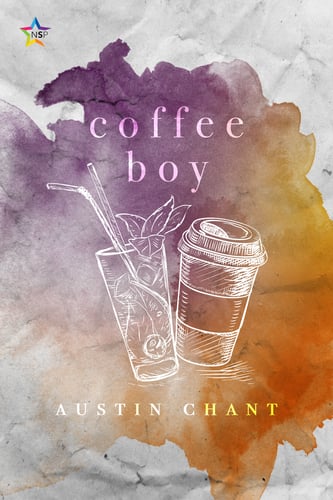 To start, this is a short and sweet story, and #ownvoices when it comes to transgender representation as the author himself is trans.

The main character is Kieran who came out as trans in college and went to one of his professors for help, only to be turned into a pet project. On the plus side, he ends up with the internship with a senator’s office where he meets Seth. Seth is crushing on his straight, incompetent, self-congratulating boss (the senator’s nephew).

Marcus’ incompetence means that Seth and Kieran do pretty much everything Marcus should do. Seth is the one who stands up for Kieran when the people in the office keep misgendering him. When Kieran listing important things, he comments on Seth’s precision with pronouns and the crush on Marcus.

In Seth’s defence, he knows it’s pointless. He doesn’t even entertain the idea of Marcus leaving his family. Eventually, he can also admit that Marcus is awful at his job and very ignorant.

What I liked about Seth especially is that he was prepared to step up for Kieran and tell the other employees not to misgender Kieran, flat on correcting someone who says ‘She has a mouth on her’ and immediately corrects her when Kieran remains speechless. But he also realises when that might make Kieran uncomfortable and lets it go. He kind of plays a tough guy, at least on the outside but is a real sweetie in reality. He makes sure Kieran never feels like a burden, the most noticeable example when he reassures that the sensitivity training wouldn’t be for Kieran, but because the people attending would learn more and be kinder to other people too.

He is also worried about not being able to reclaim the word ‘queer’ for himself, feeling like a coward as he doesn’t mind it for the other people. Kieran who uses the word for himself often, then takes care not to use it referring to Seth!

There’s a line that might sound a bit like bi-erasure (to some people?) as Seth has mentioned being married to a woman quickly before, and Kieran calls him an example of tragic gay when they are discussing Seth’s unfortunate crush on Marcus. But when Seth corrects Kieran that he is bisexual, Kieran never does the same thing again.

What I adored, is the explicity of consent. When Kieran kisses Seth while he’s tipsy, Seth moves away and doesn’t let anything happen, despite Kieran insisting he’s not drunk. Kieran takes it as if he’s forced himself on Seth and apologises for that, but then Seth explains why he moved away.

When they get together, before they get into bed even, he reassures Kieran that the job he was offered just a short while ago is most certainly not contingent on whether they have sex or not, that there’s no obligation, and no danger to the job offer if Kieran refuses Seth.

The story ends with a super hot scene in the bedroom. The first thing I’ve noticed, though, is that Seth asks Kieran about his preferred words for body parts and what doesn’t work for him, and when that’s cleared up, they move on effortlessly.

I also liked that there were differences mentioned – Kieran isn’t out at his day job in fast food restaurant. He says he’s in ‘girl mode’. I loved it because it showed that while you can be out and proud in some places, it doesn’t mean it’s like that everywhere. It’s a calculation of where it’s safe to do so. There are also mentions of wearing a binder and having a packer. When talking about the latter, it’s mentioned for example when Seth and Kieran are grinding and later, when *that* scene comes up, and it’s never treated as something special. There’s also mention of body parts usually ascribed to women, in passing, and never making a big deal about it, which makes sense since the author is a trans man.