Gothic Romances, AKA Fleeing the Manor in Terror

Every fall, when the days turn gray and windy and the leaves fall from the trees to cast their skeletal shadows across dark roads, I crave a Gothic romance. Give me the ghosts, murder and events that could be paranormal or the result of sinister humans. Give me a protagonist fleeing their One Safe Place in terror. Give me characters who don't know who to trust but still need to work together to solve a mystery and defeat evil. And please, please give me an HEA at the end of all this. Otherwise I will throw your book against the wall.

Gothic novels often end unhappily. Gothic romances should not. Ever. Same rules apply as for all genre romance.

So how do I define a Gothic romance? It's a term that is used less these days and in different ways, so here are my requirements:

If you are a reader who appreciates content warnings, please ask. Most of these contain on-page sex, murder, and abuse.

Want to read one for yourself? Here are a few of my recent favorites: 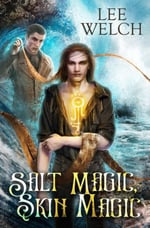 This m/m historical paranormal/fantasy features a hero trapped within the boundaries of his family's estate by his tyrannical father who wants him to marry a respectable woman. His love interest ends up staying on the estate for Reasons and they get sucked into a bunch of dangerous magical stuff while trying to escape. Oh, and they fall in love. There's a bit of a surprise at the end and I don't want to spoil it, but it was like the cherry on this creepy as hell but still charming sundae.

The Widow of Pale Harbor, by Hester Fox

A true Gothic romance, this book features a counterfeit Transcendentalist minister recently come to town and a reclusive outcast young widow in Pale Harbor, Maine. It's a historical, so there are the expected accusations of witchcraft, but she's also thought to have killed her husband, beloved by the town but abusive to his wife. (He deserved it.) What starts as dead ravens on her doorstep escalates to rather creative murders throughout town, and our lovers aren't sure who to trust. A spooky whodunit with an undercurrent of complicated guilt and a slow but satisfying romance. With Poe-inspired murders!

Fox has a previous Gothic that I also liked, but the romance isn't as central and the plot is bananas. If you want to read it, go here for some content warnings. 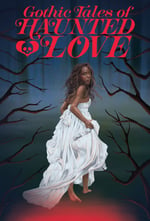 This is a comics anthology that explores the spectrum of Gothic to Gothic romance. Everything from a murder basement to a sweet story of falling in love with a ghost. My review lives here. One of the most interesting parts of this book is the collection of classic Gothic covers by Lou Marchetti. I mean, this painting could be the cover of The Widow of Pale Harbor. 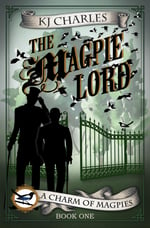 The Magpie Lord, Charm of Magpies Book 1, by KJ Charles

A lot of KJ Charles's books are something like Gothic-adjacent. There's usually a murder/mystery to solve, a burgeoning romance and some Bad Actors. This one is kind of grossly visceral at times (charnel posture anyone?), which put it over the edge from paranormal historical to Gothic for me. 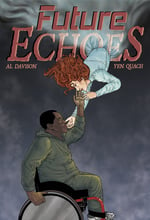 Another comic, but this one is a one-volume graphic novel. A disabled Black man who owns his own paranormal investigation business spends a night in a haunted house. The ghost of a white woman within is trapped by Evil Forces and the two of them fall in love while working to get out. It's gorgeous and I loved it. Review here.

The Widow of Rose House, by Diana Biller

Margrethe called this one "Gothic-lite," so if you sort of want to dip your toe but avoid all the murder and true terror, maybe give it a try. Her review is here.

This is another widow with another deceased abusive husband, but the novel itself contains some humor and two characters that Margrethe wanted all the good things for.

I'm always on the lookout for more of these, but I'd love for you to rec me some Southern Gothics, please!