Helping or Hurting? When Marginalization is the Conflict

I read queer romance, I read interracial romance, I read romance with disabled and fat characters… and I read books that I should put down long before I do because they physically and emotionally hurt to read. In the last few months, I’ve read scores of romance novels featuring characters with various experiences with marginalization. One of the most surprising things I’ve found is how often the very books that are meant to be empowering are, in fact, quite hurtful to the reader.

(Speaking of which, this post will cover some hurtful scenes in romance novels. I am not quoting harmful scenes, but please take care of yourself.)

It’s as if there’s a tightrope the author must walk, keeping the character aloft while making sure everyone knows the dangers around them. Look how skilled the character is at staying perfectly balanced! See how supportive her audience is! Look how terrifying the fall would be! But… I don’t always want to read about a character placed that precariously in her environment.

For example, I recently read about 30% of the novel Butterface. The series is about three women who are “undateable.” One is not conventionally attractive (nice body, but her face *grimace*), one is fat (Muffin Top), and the third is not considered feminine (Tomboy). In Butterface’s dedication, Avery Flynn writes:

To women everywhere who’ve had to deal with the BS of society’s expectations of what they should look like or do or want simply because they are women. You, my dear, are fabulous just the way you are.*

*And yes, I totally heard Mark Darcy in my head when I typed that.

And it makes sense that Flynn references Darcy, because does anything better exemplify the need we readers have for validation and unconditional love than that classic line from Bridget Jones’s Diary? It makes absolute sense that women would seek out these stories. We’re told constantly by media (including romance novels!) that the only women who deserve a happily ever after are white, straight, cisgender, able-bodied and neurotypical... and conventionally beautiful. Numerous authors have remarked on a phenomenon where their characters explicitly described as tall and awkward or thinner/fatter than fashionable or possessing a large nose will be described as conventionally attractive. Even in our written fiction, we can’t seem to accept that a woman who is not Hollywood perfect could be the heroine of her own story.

Readers can be empowered and comforted by reading about a heroine who loves herself. The trans heroine in Courtney Milan’s Hold Me, for example, is tall and gorgeous and wears high heels she decorates herself. She’s not going to hide from her height.The hero and heroine are in an enemies-to-lovers setup, but it's because they don't like each other's personality.  Elle, the Black heroine in Alyssa Cole’s An Extraordinary Union, loves herself enough to stay strong through abuse as she voluntarily pretends to be a slave in her work as a Civil War spy. Even for Elle, who is literally fighting against the Confederacy, the romantic conflict isn’t about her race. So while the book doesn’t shy away from the overt racism, Elle has never internalized it. She’s not conflicted about her own worth. Ruth Kabbah in Talia Hibbert’s A Girl Like Her is autistic, Black, and fat. She has insecurities and definitely some stuff to work through, but none of it is related to her marginalizations. She walks around naked with the hero in the room. She tells him she’s autistic, it’s not a dirty secret to hide away until the Bleak Moment. For these characters, their marginalizations are never the story’s conflict, they are a part of who these women are.

Should stories pretend that everything is happy and perfect? No. But readers can also be forced to relive painful experiences in their lives, especially if the central conflict of the novel revolves around the characters’ marginalizations. Kristan Higgans’ novel, Good Luck With That, is about three women who spent a good portion of their friendship trying to lose weight. They drift apart and are reunited when one of them dies. Of being fat. Now, this story doesn’t pretend to be a romance novel, but rather sits in that nebulous “women’s fiction” genre. However, Higgans wrote romance and her stories usually have a strong romantic storyline, three of her books won RITA awards, so I think it’s fair to include this one here. The novel continues with the other two friends finding love and happiness. Yay for them! But what about the friend who died? Do fat readers deserve to see a caricature of themselves dying just so that a different version of themselves can go off and find an HEA? I’m not sure how the balance works out on that. Nevermind the ways in which fat bodies are described in the scenes I saw. 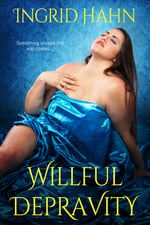 This isn’t the only example, of course. I recently tried to read Ingrid Hahn’s erotic historical romance, Willful Depravity. As seen on the cover, the heroine is fat. She’s made peace with her body and stands up for herself to the gossiping girls at a ball and to her family. This is great! But reading the dialogue as the girls at said ball tell her how gross and ugly she is? Not so great. Reading about how her family purposely extended too large a line of credit to a single gentleman in hopes that he would agree to marry the heroine in exchange for settling the debt? Also not great. By the time we get to the hero, who describes the heroine as appealing because she’s “fleshy” and “two to three times the size of an average woman…” I was done. Fatness need not be something either maligned OR fetishized. It simply is. While I was reading, I was thinking of how the author could have chosen words that felt beautiful rather than awkward: described the shine of her skin, the gloss of her hair, and how he’d like to run his fingers over the dimples at her elbows. The book continues with the hero’s cartoon-villain-evil father running them out of the country. She’s unsuitable because not only is she not demure and biddable… she’s fat. 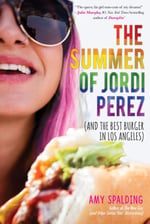 I read a Young Adult novel recently that managed both queerness and fatness in a slightly better way, while still managing a believable conflict and resolution. The Summer of Jordi Perez has a teen heroine who runs a plus-sized fashion blog and a teen heroine who is into photography. They’re interning together and there’s a subplot about how the narrating fat heroine doesn’t want Jordi to share any photos of her because Abby hasn’t been confident enough to post photos of herself on her own blog.. It all comes to a head when Jordi uses the photos in a gallery showing, and Abby is mortified and justifiably upset with Jordi. Abby also struggles with her mother’s self-hatred. Her mother is fat, but met her father when she was thin, so she’s convinced that Abby will never find happiness until she gets thin. (Abby’s father loves Abby’s mother just as she is.)

All of this is to say that in a young adult novel, the pain and empowerment feel more acceptable. Not only is adolescence awkward for everyone, these books are also coming of age stories. In a book that’s largely about a time when you’re figuring out who you are and who you want to be, it makes sense to have characters facing adversity simply because of how they look or who they love. It’s part of growing to love yourself, I suppose.

But in adult romance fiction, where the romance is supposed to be the central thrust of the plot, it’s difficult to add a “love yourself because no one else will do it for you” element and have it come off successfully. Either the story feels disjointed, or the romance feels secondary. And in either case, it’s easy to hurt your readers while they read the homophobic or racist slurs, the fat shaming, or the digs at someone for being “weird” when they’re neurodivergent. Romance can be a place to escape the micro and macroaggressions of real life, and authors don’t need to add those aggressions to make the stories more believable.

To return to the example of Butterface, I could see how the author was trying to give an “ugly” heroine an HEA, but I didn’t want to read her journey to get it. The book opens at a wedding where the heroine is the wedding planner and the hero is a guest. Two of his cop coworkers decide to prank the hero by making the “kiss cam” focus on the two of them until they kiss. It’s horribly awkward, but that’s not the issue. The issue is that the coworkers thought it was funny not because it was awkward, but because the heroine isn’t pretty. Later that night, they give his room key to the heroine and she goes to the hero’s room thinking she’s been invited for sex. She gets undressed and into his bed and she’s waiting for him when he comes out of the shower. While they’re making out, he says “I’m so glad you found a way to get in here” and she realizes it’s all been a setup. There’s more to the story, of course, but it involves the hero lying to her about why he’s moved into her house (for a case involving her family) and I simply couldn’t keep going. The heroine already doesn’t feel like she can trust him and his coworkers, and now he’s in her house? She’s been pranked because she’s ugly and now she’s reminded of that every day. And when the heroine is reminded of it… the reader is reminded also.

I’m sure the book ends with an HEA. I’m sure all of these books that I couldn’t get through because they hurt end with a woman who feels good about herself. But I don’t read romance so that I can suffer for 7 hours and then get a bit of a warm happy feeling at the end. 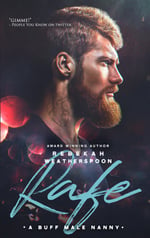 It’s worth noting that, when I read a book by a Black author about a Black heroine, the heroine usually isn’t mocked while she walks down the street. The hero doesn’t look at her skin and features and fetishize her, even if he’s white. In Rebekah Weatherspoon’s Rafe, the hero thinks “here’s this gorgeous, smart Black woman, I think I’d like to kiss her.” And that’s all I need.

It’s more empowering (to me) to see a marginalized character get their happy ending without having to be insulted the entire book for their marginalizations. It’s more comforting, satisfying, and joyful to read a character who actually likes herself. Because a lot of days, I don’t. And I don’t need to be reminded of that when I’m looking for a bit of escape.