More mini-reviews! Two contemporary romances and a medieval this time around.

As Good as the First Time, by KM Jackson 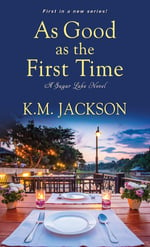 As Good as the First Time plays to many of KM Jackson's strengths - family relationships, a strong sense of place, and characters who are good at their jobs. It does, however, suffer from first book in series syndrome, with a slow beginning due to a large cast of characters and a somewhat complicated setup.
We meet the hero at around 20% into the book, which is when the book picks up.
Overall, if you like second chance romances and reading about families, I think this is a good book for you. Personally, I'm looking forward to the second, which will hopefully get off to a quicker start and still retain the things I liked about this one. 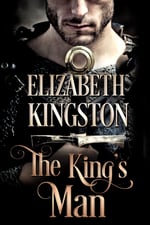 As a caveat, I do not read much historical romance. I enjoy the Regency and/or Victorian pageantry on screen, but on paper it doesn’t do much for me. That’s what initially drew me to The King’s Man - 13th century England with a Welsh woman and an English loyalist? Sign me up! The setting was so out of the norm of the usual historicals I see and purchase for the library that I wanted to give it a shot. The story follows Ranulf, an emissary from England, as he navigates a relationship with a Welsh royal Gwenllian. In this point of history Wales and England had a less than friendly relationship towards each other, and a lot of their relationship drama stems from this strained political relationship.

However, the romance in this book is very strange. Without spoilers, I secretly wished that Kingston explored the physical relationship of Ranulf and Gwenllian more than the emotional. The story made it seem like their emotional romance was more of a friendship with sexual benefits than a love story. I almost never read stories like that in historicals, and I would’ve loved to see that discussed in The King’s Man. Ranulf and Gwenllian’s relationship is very strange and didn’t make much sense to me, but I think others may appreciate it more than me.

I read Margrethe's review of Making Up back in May, and have had Act Like It on my TBR since then. I’ve been using my library’s digital collection a lot more to read more recent romance novels, and I was happy to see Act Like It on there. WHY DID I WAIT TO READ THIS BOOK?! It was the book candy I needed this month. Parker’s contemporary follows actors Lainie and Richard, who enter a fake relationship to boost Richard’s PR image. And of course the fake relationship starts feeling more real, and things heat up quickly.

What I really enjoyed is that the book discusses infidelity but it’s not the end all be all of the character’s emotional growth. At the beginning of the book, Lainie is still navigating the tricky waters of acting with a coworker who she recently broke up with. Well, broke up is being generous - he admits his infidelity on a talk show and dumps her on TV. In other books, this would be the thing that Lainie would struggle with the entire story. She would hem and haw about getting involved with someone else because of her past experience. Not in this book! Lainie is understandably upset but gets over it fairly quickly. The chemistry between her and Richard is terrific, and now I want to read Making Up ASAP (or rather as soon as I have more checkouts on Hoopla).

Amy borrowed this ebook from her public library via Hoopla