The Reasons Your M/F Historical Romance Broke My Heart

Full confession: I am a newer reader of romance. I never sneaked romances from my mother or grandmother or the library when I was twelve (in fact the only books I liked at twelve were the new Nancy Drews). Romance first came to me in Book Riot’s Summer Quarterly box and I scoffed because at that point I considered myself a science fiction or fantasy reader*, but in truth I wasn’t reading much of anything. That box contained Sarah MacLean’s Rogue by Any Other Name and it made me into a romance reader (well, its sequel did anyway).

Up until early 2016, I was okay with most historical romances despite raising my eyebrows at some glaring consent issues. And then, a friend pointed out some repeated motifs in popular historical romances and how some of these motifs are themselves problematic. My ability to read m/f historical romances slowly dissolved to the point I’m at now. What was it that she said? Essentially, something like, “ever notice that that author writes the same thing every time?” and “I can’t read her books, the heroes are jerks and it’s just lavish balls and misunderstandings,” and “she never examines the power dynamic between the hero and heroine.” And I was stunned. 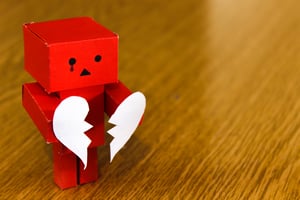 The problem with someone complaining about repeated motifs is that you can never unsee it. Books and their problems and errors in judgment became clearer. I pretended for a few more months that my friend was wrong until I looked up furious at a book. This is when all the other problems became clear and it snowballed, and now I have become a banshee shrieking on Twitter.

To some degree, as readers, we need to concede that historical romances are a version of fantasy. There might not be magic (or there might be if you side with paranormal historicals), but the fact remains that the version of Regency or Victorian England most historical romances** present is a fantasy. We joke about the number of dukes in historicals, the bookshelves are littered with bluestockings, we ignore where the fortunes came from (i.e., slavery, colonialism), and no one has a venereal disease. And yet, somehow, despite leaving historical realities behind, these books still struggle with consent, they don’t allow people of color to have happily ever afters, and queer people show up as villains or lessons. Why is it that historical romance does not have room for everyone at the table? HA! Trick question! There’s plenty of room at the table as long as heroes aren’t jerks who coerce or force the heroines into having sex.

I love historical romances and I want to love yours, but it’s hard when a hero forcibly kisses a heroine or he’s only interested in her because she’s not like the other girls.

So, here are some of the reasons a (possibly your) m/f historical romance broke my heart (or irritated me to the point I gave up):

There was a list of 40 items, but there’s a point where it feels mean-spirited, and it isn’t meant to be. This is not so much a condemnation (it is on some points), but a request for better. I think we deserve it. We can fix it. Stop reading racist authors. Stop allowing homophobia or transphobia to go unnoticed. Stop relying on things that promote a rape culture. I love historical romance, but I believe we can do better.

*The irony is not lost on me that I do not really enjoy science fiction, fantasy, or paranormal romances.

**If you show up just to say “What about Jeannie Lin or Beverly Jenkins?” I will demand that we talk about how perfect The Sword Dancer is.

***Yes, romance typically involves romantic love, but consider that not everyone experiences romantic attraction. Building a conflict around someone who “can’t love” is harmful to our aromantic friends. A hero who says he could never love, but then is proven wrong almost claims that aromantic people don’t exist. Also, super lazy conflict. Not to be mistaken for a character unwilling to love, because I’m all in for that.