September is the time of year where I seriously begin to question my decision to leave the Midwest - which this time of year is cooling off, the leaves are turning, and every mile marker or so you can find apple cider and homemade donuts.  Instead, I’m living in the land of triple-digit temperatures with the constant specter of wildfire danger. Seriously, I miss the cider and donuts. But I still have historical romances, which are equally as delicious and, quite frankly, much lower in sugar.  Here are some of the Unusual Historicals catching my eye this month.

The Rat-Catcher's Daughter, by K.J. Charles

Music-hall singer Miss Christiana is in serious debt, and serious trouble. She owes more than she can pay to a notorious criminal, and now he plans to make an example of her. There's no way out.

But Christiana has an admirer. Stan Kamarzyn has watched her sing for a year and he doesn't want to see her get hurt. Stan's nobody special--just a dodgy bloke from Bethnal Green--but he's got useful friends, the sort who can get a girl out of trouble, for a price. Christiana's not sure what it will cost her...

The two slowly reach an understanding. But Christiana is no criminal, and she can't risk getting mixed up with the law. What will happen when Stan's life as the fence for the notorious Lilywhite Boys brings trouble to his doorstep?

Novelette? I prefer my terminology: Lunch Break Read.  Clocking in around 50 pages, this short story takes place two years prior to Any Old Diamonds.  This should be just the thing to tide fans over waiting for the next book in The Lilywhite Boys series. 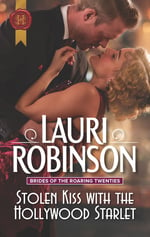 Stolen Kiss with the Hollywood Starlet, by Lauri Robinson

With stars in her eyes!

In this Brides of the Roaring Twenties story, hotshot lawyer Walter Russell knows an innocent country girl like Shirley Burnette is going to find it tough in cutthroat Hollywood. A stolen kiss with this bright, young singer may be worthy of the silver screen—but Walter hates show business and has sworn off starlets. He knows he should steer well clear…if only he wasn’t so compelled to help her!

A hero who has sworn off starlets who falls for...yeah, a starlet.  Seriously, will these guys never learn? If I wasn’t hooked by the 1920s era, or the tension dripping off the back cover blurb, that cover would have been enough to reel me in. 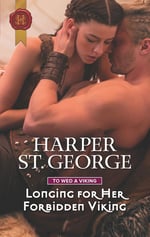 Longing for Her Forbidden Viking, by Harper St. George

But never his wife?

Part of To Wed a Viking: Saxon maiden Ellan would rather wed a Dane than be forced into marriage by her father. In fact, she has one Dane in mind. But strong warrior Aevir has been ordered to marry for duty—all he can offer Ellan is a place as his concubine! She may be bold, but Ellan can never accept that! Even if his burning kisses make it incredibly tempting…

I really enjoyed the first book in this duet, Marrying Her Viking Enemy, and I’m intrigued by sister Ellan’s story - namely because she, seemingly, does not have the same burdensome familial obligations that her older sister did in the first book.  Ellan was already circling Aevir in the previous book, so it will be fun to see the author get these two together as a romantic couple. 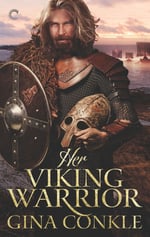 Her Viking Warrior, by Gina Conkle

When an outcast goes home and meets a woman seeking justice, hearts will clash…

Eighteen years ago, Bjorn was exiled from Vellefold. Honor-bound to return, he’ll fight for the settlement…then walk away. First, he must work with his childhood friend, now a beautiful, high-ranking Viking lady.

Fierce of spirit, Ilsa will do anything to save her people, including convincing the banished son to take the jarl’s seat. But she has her doubts about the stone-hearted Viking, despite the lust between them. It’s only a matter of time before Bjorn discovers that Ilsa is hiding dangerous secrets, secrets that may jeopardize all they’ve worked for.

When the darkest hour comes, the once-rejected warrior must choose: rescue his men, the Forgotten Sons—or Ilsa, the woman he craves, body and soul.

Carina has published historicals two months in a row, which sort of feels like a Christmas miracle in late summer.  This is the second book in Conkle’s Forgotten Sons series and features a returned from exile hero and a heroine, his former childhood friend, now a high-ranking lady hiding dangerous secrets.  I love life and death conflict, and that’s like shooting fish in a barrel in medieval and Viking-set romances.


What Unusual Historicals are sitting on top your TBR?