Top Off Your TBR: August 2021 Edition

I don't have any pithy for August, so let's just get into some books releasing this month! 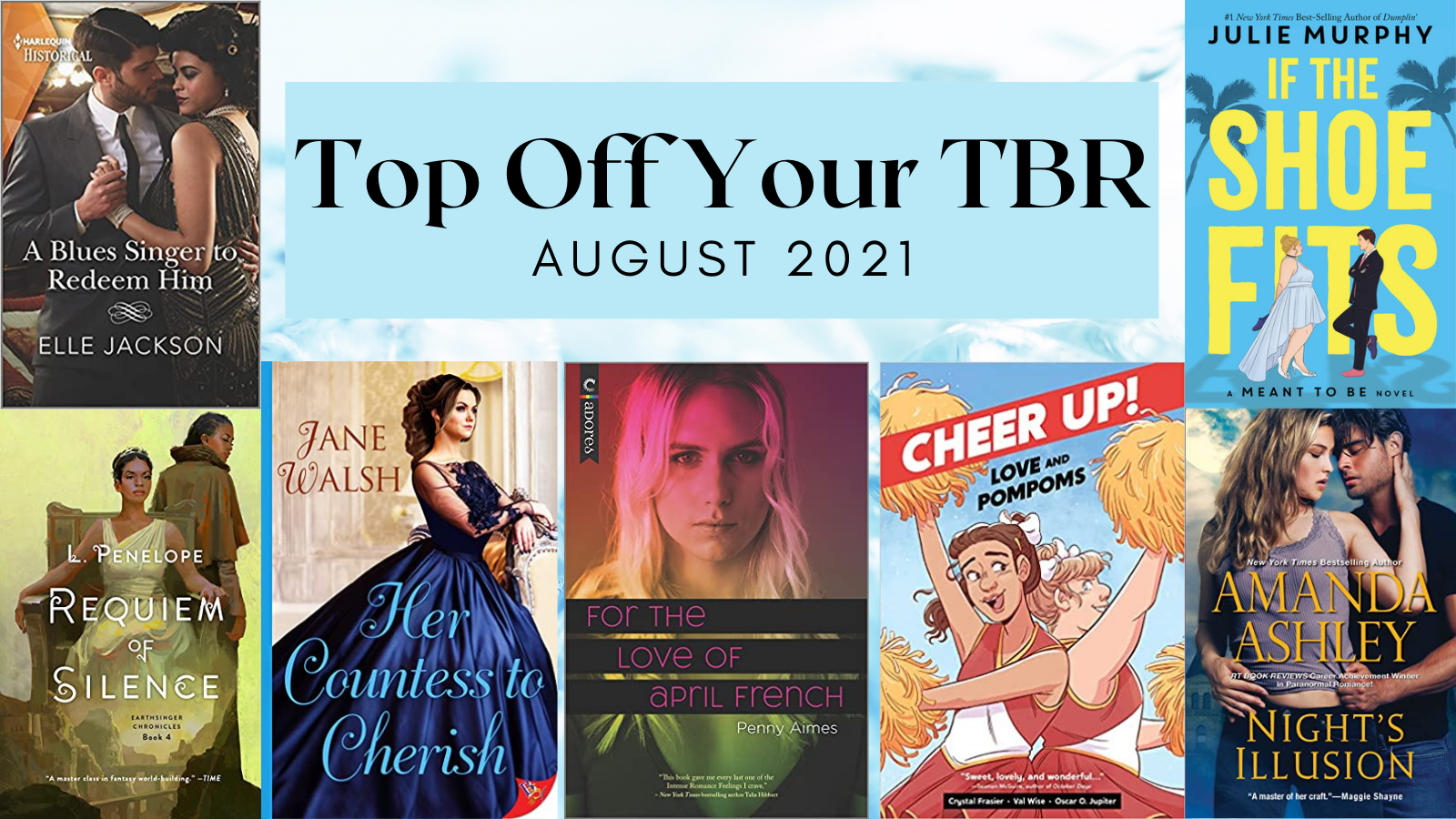 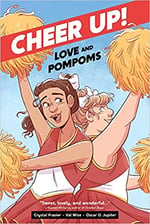 Cheer Up: Love and Pompoms, by Crystal Frasier - August 10

A sweet, queer teen romance perfect for fans of Heartstopper and Check, Please!

Annie is a smart, antisocial lesbian starting her senior year of high school who’s under pressure to join the cheerleader squad to make friends and round out her college applications. Her former friend BeBe is a people-pleaser—a trans girl who must keep her parents happy with her grades and social life to keep their support of her transition. Through the rigors of squad training and amped up social pressures (not to mention micro aggressions and other queer youth problems), the two girls rekindle a friendship they thought they’d lost and discover there may be other, sweeter feelings springing up between them.

Why I Want to Read It - A graphic novel written for me! It's queer romance and I honestly only care about cheerleading in the context of "But I'm a Cheerleader" so here we go. 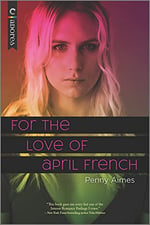 For the Love of April French, by Penny Aimes - August 31

April French doesn't do relationships and she never asks for more.

A long-standing regular at kink club Frankie's, she's kind of seen it all. As a trans woman, she’s used to being the scenic rest stop for others on their way to a happily-ever-after. She knows how desire works, and she keeps hers carefully boxed up to take out on weekends only.

After all, you can't be let down if you never ask.

Then Dennis Martin walks into Frankie's, fresh from Seattle and looking a little lost. April just meant to be friendly, but one flirtatious drink turns into one hot night.

When Dennis asks for her number, she gives it to him.

When he asks for her trust, well…that's a little harder.

And when the desire she thought she had such a firm grip on comes alive with Dennis, April finds herself wanting passion, purpose and commitment.

But when their relationship moves from complicated to impossible, April will have to decide how much she's willing to want.

Why I Want to Read It - I've been hearing nothing but good things about this romance. Who doesn't want to read about a trans woman finally receiving the love she deserves?

I've also read It Happened One Summer and it was a lot of fun.

August 3 - So We Meet Again, by Suzanne Park

August 3 - If the Shoe Fits, by Julie Murphy

August 3 - I Kissed a Girl, by Jennet Alexander

August 10 - Wait for It, by Jenn McKinlay

August 10 - Just Not That Into Billionaires, by Annika Martin

August 10 - Her Countess to Cherish, by Jane Walsh

August 17 - Sometimes I Trip On How Happy We Could Be, by Nichole Perkins

August 17 - Velvet Was the Night, by Sylvia Moreno-Garcia

August 24 - Along Came a Lady, by Christi Caldwell

August 24 - A Blues Singer to Redeem Him, by Elle Jackson

August 24 - Secrets of a One Night Stand, by Naima Simone

August 24 - Turn Up the Heat, by Marie Harte

August 24 - I'm Only Wicked With You, by Julie Anne Long

August 24 - The Hazards of Hunting a Duke, by Julia London

August 24 - A Duke Worth Fighting For, by Christina Britton

August 24 - When You Wish Upon a Duke, by Charis Michaels

August 31 - The Devil You Know, by Kit Rocha

August 31 - The Royals Next Door, by Karina Halle