Historical fiction is my passion. The stories open a door and offer a peek into another time and place. Many readers and writers have a preferred time period. I love all things medieval and earlier! Not that I would ever want to actually go back in time—well, maybe for a few hours—but chances are if I happened upon any time travel doors, I’d be a scullery maid not a princess.

Writing historical fiction, at least for me, is as close to going through that time travel door as I can. Writing historical erotica is a sheer hedonistic indulgence. And who doesn’t need a little bit of that in their life?

Ruby strands, gold-threaded fabrics, jewel-incrusted chairs, sumptuous foods, and fur-draped beds. When describing the exotic decadence of an era, the world around me disappears, and my mind is there. Excess, extravagance, luxury—historical erotica brings it all to our door. Which requires some serious research.

The best gems for historical research are websites, travelogues, google maps, books, and, if lucky, a museum exhibit. I found a jewel of a book, an out-of-print copy about treasures from ancient Yemen, those from the time of Queen of Sheba. What a treasure trove of information! It was chock full of photos about everything from landscape and homes to jewelry, vases, and statuary. Each chapter, painting, photo, and map was a researcher’s cache of information. There were so many fun facts and glittering nuggets to weave into the story. Research and photos. Those are a historical fiction writer’s real rubies.

Sex. Yes, please. There must be plenty of decadent and erotic sex. Sexual acts that make the reader say, ‘oh my’ and ‘I’ll add that to my bucket list’ and ‘hey babe, I need you right now.’ I’m not going to lie. Writing sex scenes is hard work. There’s so much that can go wrong. Even my hubby doesn’t quite understand. He asked if I have to ‘get in the mood’ before I write a sex scene. Um, no. Is it a common assumption? I’m not sure. I don’t need to cry to write a sad scene or laugh to write a happy one. Words are powerful. Meant to excite, arouse, anger, sadden, and delight. So, it’s really the other way around.

What I adore about writing sex scenes is the intense focus it brings to each subtle movement, touch, sound, and scent. Like a movie’s slow-motion and close-up that allows us to revel, indulge, and focus on a particular sensation. Sensuality rarified and refined.

Erotica also permits us to explore our own sexuality in a safe way. You may never have a desire to do that in real life, but you can be excited by it. No one has to know, and you haven’t broken your vows or moral code.

Beyond the sexual passion, the writer has to transmit their passion for the story, characters, and scenes onto the pages. Writing itself is exciting! Bringing the characters to life is arousing, telling their story is stimulating. That’s a writer’s passion!

Fifteen minutes of farting, moaning, and bellowing camels. Super sexy…not! But that’s how long I watched YouTube clips in order to write the camel scenes in Confessions of a Sheba Queen. There were other less than sexy things I read or watched to write her story. An hour learning about ancient bead-making so I could explain the process with historical accuracy. Countless hours spent learning about the food, technology, and terrain. Research is like chopping onions for a yummy soup. Chopping onions is not fun, but if must be done if you want the soup to taste delicious. I have to admit though, watching camel videos was one of the more entertaining bits of the research.

[Here is a non-farting camel, courtesy of the Cincinnati zoo and your friendly LiP editor.]

The most fascinating research was delving into the woman herself. There are five versions of King Solomon’s and the Queen of Sheba’s famous meeting: Christian, Islamic, Jewish, Coptic, and Ethiopian. Each portrays the enigmatic Bilqīs, or Makada as she is also known, with their own unique cultural preferences. Portraits and other artwork paint her differently as well. From deepest ebony to palest alabaster. Each rendering tells a story, about the culture, religion, her life, and even her personality. Being a realist, I see the truth and beauty in all the accounts. History is gray. Ancient history, written by the victors. I wove the strands together, entwined them with fact, legend, and lore. The Queen of Sheba emerged from all this research, gorgeous and powerful. With strengths and weaknesses. With sacred duties and mystical charm. With purpose, vision, and passion.

Historical erotica is a sensual, decadent journey. One I hope the reader loses themselves in and discovers their own hidden strengths, desires, and powers.

About Confessions of a Sheba Queen:

During a raging sandstorm along a riverbed in the ancient lands of Saba, a powerful jinni born of smokeless fire gives birth to a half-human daughter. Bilqis does not inherit her mother’s magical abilities, but the fire of her jinni blood does imbue her with other powerful gifts. As she undergoes her rites of womanhood and her insatiable sexual hunger is awakened, it becomes clear—this is the key to her “great destiny” prophesized at her birth. But it could also lead to her total undoing.

Bilqis comes to understand that her supernatural talents have the power to make men, and women, and nations prostrate themselves in utter devotion to her. When tragedy strikes, she leaves her home to seek revenge against the tyrannical god-king whose reign is a plague upon his land and people. Armed with only her body, courage, and wits, she quickly masters the art of seduction, all the while resisting the mind-consuming call to stay locked in an endless cycle of carnal passion.

Destiny soon intervenes, and what began as a quest for vengeance becomes a mission to heal the land of Saba from a twisted, corrupt regime and to see it become the wealthiest kingdom in all the land. Yet, it is only after meeting the already legendary and wildly attractive King Solomon that Bilqis discovers her greatest battle is not with others, but with herself. 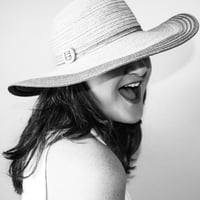 Autumn Bardot writes erotica, historical fiction, paranormal romance, and even academic literary essays. She has a Bachelor of Arts in English Literature and a Masters of Arts in a subject not writing related. Both her day job and family keep her busy so she spends every spare minute writing her next novel. She lives with her husband and rescue pooch in the Los Angeles area.

Where to find Autumn: