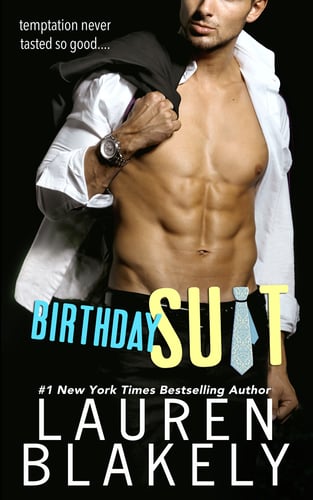 There is no rule in the Man Code as unbreakable as this: no matter how beautiful, smart, clever, and witty she is, do not—absolutely not, under any circumstances—fall in love with your best friend's woman.
Yeah. So there's that. Look, it's not like I didn't know I screwed up by falling for her. Also, for the record, unrequited love sucks big time.

And, I might have cut myself some slack by now, given everything that went down in the last few years, but Lulu just walked back into my life in a big way.

There are three things I've never been able to resist—my friends, my family, and chocolate.

Leo Hennessy? He was nowhere on that list. He's been a true friend—a friend who walked through hell and back with me.
Now, I'm stepping into my new future. I didn't expect it to include a riddle-filled, race-against-the-clock scavenger hunt across New York City.

Suddenly, I'm looking at this man with new eyes...

But my life spun out because of a man once before, and I can't risk my fresh start, no matter what the temptation. And Leo is most definitely a temptation of the sexiest, sweetest, and most dangerous variety.

When I heard that Lauren Blakely's latest contemporary romance was going to be recorded on audio with a full cast, my ears perked up and I smashed the preorder button. I listen to a lot of audiobooks, probably two a week on average. Since I read 250 books last year, that means that around 40% of my reading is on audio. (A lot of that isn't romance, of course.) All of this is to say that I was game to try something new.

I've read others by Blakely, such as Wanderlust, narrated in part by Richard Armitage. They're not going to knock your socks off, but they're perfectly palatable when you need some ear candy. Plus, a bunch are in libraries and in the Audible Romance Package. I asked around, and a bunch of folks said they'd like a review of the full-cast narration, so here goes!

First, the story. This is a wee bit spoiler-y, but I think readers should be aware of the content warnings herein, so I'm going to give you the spoilers up front. The hero, Leo, has been in love with the heroine, Lulu, for a decade. He met her first, but she ended up falling for his best friend, so he stepped back and never pursued anything. Turns out, the best friend (Tripp) had a problem with alcohol and couldn't sober up. Eventually, Lulu and Tripp divorced and then Tripp died one night as a result of driving while drunk.

Lulu and Leo them meet again at a chocolate expo, with Leo working for a company called Heavenly Chocolate and scouting for new talent for a "Rising Star" line. Lulu is there as a presenter and with her own small chocolate shop. There's a lot of chocolate in this book. Lulu and Leo begin a professional relationship, stirring up old feelings of grief and friendship along the way. Eventually, Lulu realizes that Leo's pretty damn hot. Leo realizes that he may never have another chance with her. And then they're both tangled up in their past, present, and futures together.

Overall, it's a sweet story that dances along the edges of several not-great things and avoids them. For example, When Leo begins to say things like "you're my best friend's girl," Lulu is like "I am MY girl." She shuts down his masculine possessive nonsense real quick. And this book seemed more diverse than the others I've read by Blakely, with gay characters and characters of color (though both hero and heroine are straight, cis, and white). The stakes aren't terribly high, and the angst is lower than I expected, what with the dead alcoholic best friend/ex-husband storyline.

On to the narration!

I haven't read a full-cast recording that was set in alternating POV before.  The books I've listened to with a full cast have been epic fantasy, with a third-person omniscient point-of-view. I'm not sure that the full-cast works as well with first person alternating POV.

Mostly, it was jarring, being in the character's head and hearing what she was thinking, then hearing her friend's voice for just his line. It also didn't sound as much like a conversation as I was expecting, I think because of this. If it was a conversation, the characters would be interrupting each other, cutting off words and so on. Instead, you have the narrating character saying what she thinks or what she sees after her line, followed by the other person giving their line. It just wasn't... organic.

I believe the reason that 3rd person omniscient works better is because the narrator is the same throughout the book and you get used to that one voice giving you the setting and movement cues.

It was a lot of fun to hear so many popular narrators in one book, however, and I really enjoyed hearing Steve West's voice... since I discovered that "Shane East" from romance novel narration is the same as the "Steve West" I enjoy so much when narrating Sabaa Tahir's YA fantasy series.

A big chunk of the book's recorded length is an interview at the end with Sebastian York and Andi Arndt, and I recall being confused about how much more plot there could possibly be... only to realize that there wasn't any more plot. Just a very long interview.

Overall, I was underwhelmed. I wasn't disappointed, but I wasn't glued to my headphones, either. Since the way in which I rate my Audible listens is whether or not they were worth a credit... this one wasn't. I would hold on and buy it on sale or borrow from the library.