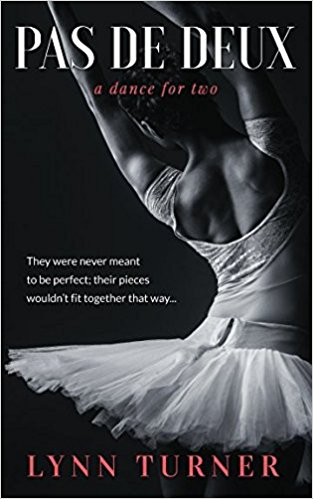 It’s said the artist is born of a damaged soul…
Wilhelmina Allende is a prima ballerina. When tragedy turns her beloved Paris into a gilded cage, she jumps at the chance to work with one of the most prolific choreographers she’s ever seen. But Zack’s style is way out of her comfort zone. So is his teaching method. And his humor. And his everything. He’s a charming little connard. It’s hard not to like him. Merde. What has she gotten herself into?
Zachary Coen’s first musical is opening on Broadway. Much like his life, it’s anything but conventional, so hiring Mina is simply out of the question. She’s too…classical. Too perfect. She’s all wrong for the role. Then he meets her in person and sees her cracks. Her broken pieces. How unique and beautiful each one is. And he can’t help but notice how her edges seem to fit his…perfectly.
Just when teaming up seems to be working, the monsters they’ve kept hidden threaten to rip it all apart.

Pas de Deux: A Dance For Two is one of those books that stays with you long after you read the final page. The story of Zack and Mina is a stunning blend of chemistry, artistry, healing, and hope that pulls you into the story from the very beginning and never lets go.

“[In Angels and Demons] a seemingly inconsequential number of subatomic particles is kept in a tiny, indestructible glass case and locked away underground. It is so powerful, so devastating, that if released, could incinerate a radius spanning miles and miles...That is Wilhelmina Allende.”

Wilhelmina Allende, AKA Mina, is a French-American prima ballerina who is at a crossroads. Her contract with her company is coming to an end and even though she has offers on top of offers, she’s not sure where she’ll next call home. Mina’s as temperamental as she is talented, with a chameleon-like ability to only allow her audience to see what she wants them to see. Outwardly, Mina appears every inch the calm, cool, and collected professional but inwardly she’s struggling with the after-effects of a personal and professional tragedy.

Zachary Cohen was a wonderfully expressive dancer—he used his entire body to tell a story, like the words were trapped in his atoms, and only movement could draw them out.

Zachary Cohen is a dancer, director and playwright with dreams of following in the footsteps of Lin-Manuel Miranda and taking Broadway in a bold new direction. He’s written the perfect piece, a re-imagining of La Dame aux Camélias, and the moment he sees Mina perform he knows he’s found his Camille.

The moment they meet the attraction between them roars to life. One touch is all it takes for Zack and Mina to connect in a way neither understands and they’re both powerless to resist. Logic says they’re an utter mismatch onstage and off: She’s classically trained perfection where he’s modern innovation. Mina’s mercurial and volatile while Zack is steady and easy going. She’s a traditional masterpiece and he’s a contemporary tour de force. They shouldn’t fit but they do, beautifully so, and the more time they spend together training, the more they realize they complement each other onstage and off.

But the course of true love never did run smooth and there’s some heavy trauma in both their pasts that they’re struggling through. Zack’s haunted by childhood sexual abuse and his coping mechanism is anything but healthy, while Mina’s reeling from a loss she may never recover from. Just when they’ve let their walls down and started helping each other heal, danger threatens not only their happiness, but their lives.

Pas de Deux deals with some heavy subject matter (abuse, the foster care system, racism, PTSD, grief, and disordered eating) and while the scenes don’t veer into graphic or explicit territory, readers should be aware and mindful of the potential triggers. For the most part, the sensitive material in the book is dealt with gracefully and respectfully. When discussing the racism Mina’s confronted throughout the course of her career, it’s frank, honest and grounded in the reality dancers such as Misty Copeland and Michaela DePrince have experienced. Lynn Turner takes great care to not to sensationalize or trivialize Zack’s abuse or present his disordered eating as a quirk or ‘not that big of a deal’.

The only thing that gave me pause (speaking as a survivor) is there’s a scene towards the end where Zack and Mina are intimate and something that typically triggers him doesn’t. The way it’s presented could, for some readers, come across as him not getting triggered simply b/c it’s Mina and he loves and trusts her. While having triggers become minimized or eliminated by voluntary intimacy with a trusted partner may absolutely be an experience for some survivors, for others it may come off as a bit of “magical sexual healing” and be hard to read. On a much more minor note, Mina uses quite a few French phrases and speaks in French quite often (because she’s French-American) so it may be take readers who aren’t familiar with the language out of the story a bit to keep looking things up.

Pas de Deux has everything a romance novel needs to be an epic read. Zack and Mina both have well-defined personalities that draw you in and make you care about them. The relationship builds at a realistic pace that doesn’t feel forced. The secondary characters are charming and there’s a real authenticity to how everyone is presented. I know Zack’s aunties because they just like my aunties, lol. The sexual tension and witty banter between Zack and Mina is a perfect ten and when they finally hit the sheets? Mon Dieu! These two are so hot they peel the paint off the walls. And if that isn’t enough, the emotional connection between them is on a whole other level. I didn’t just want Zack and Mina to have their HEA, I needed Zack and Mina to have their HEA.

If that isn’t enough to sell you, there’s also one heck of a plot twist towards the end that I didn’t see coming at all. At all. Not even a little bit. And I always see the plot twist coming.

I highly recommend both this book and keeping an eye on Lynn Turner to see what else she has in store for us.