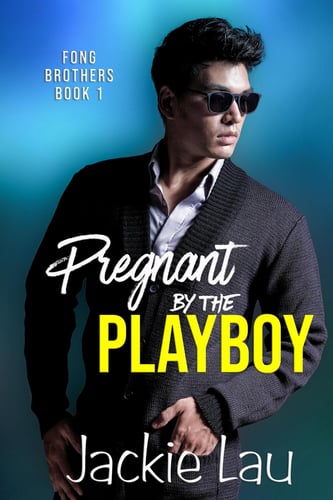 If you'd like to buy a copy of this book, please consider using one of these affiliate links to support the site: Amazon ◊ Apple Books ◊ Barnes & Noble ◊ Kobo

I’ve got a pretty great life, if I do say so myself. I made a fortune when I sold my tech start-up, and I’ve spent the years since partying, drinking, and inviting a parade of women into my bed.

I should be happy, but I feel an annoying lack of fulfillment, and there’s no way I’m going back to the work I did before.

At a friend’s party, I meet Marissa. We have hot sex against the door and agree to spend the weekend together. Just one weekend. I never expect to see her again.

Except now she’s pregnant with my baby…and I think this is the solution to all my problems. This is what will bring meaning to my life. I’m going to be a devoted father and husband.

Marissa—whose last name I still don’t know—wants me to be involved, though she rejects my marriage proposal. But before the baby arrives, I’m going to prove to her that I can be something other than a playboy.

And the rare times I set my mind to something, I don’t fail…

Review: Pregnant by the Playboy, by Jackie Lau

There were a lot of things I liked about this book but there were also some glaring issues I had with this book that kept me from absolutely loving it.

Vince Fong is a wealthy young man-about-town who sold his Silicon Valley tech company for millions of dollars. With too much money and free time and not enough to do, he’s become quite the playboy party animal and meets Marissa, the heroine, at one of the parties he attends. There is a quick physical connection between the two which leads to Vince basically going down on Marissa within the first 3 chapters of the book, in full view of the party guests. The scene seems a little out of place for reasons I cannot really put my finger on but let me clarify, both parties are willing and it’s fully consensual. Neither one is interested in a long-term commitment and embark on a weekend affair before going their separate ways.

Several weeks later, Marissa realizes their weekend of hot sex has led to an unexpected pregnancy and when she tells Vince that he’s going to be a father, his immediate reaction is to propose marriage to her. This leads to my very first issue with the book, the hastiness with which Vince hears the news and then immediately proposes marriage is a little difficult to swallow. This is further amplified by the quickness with which Vince seems to find himself in love with Marissa.

While I liked the scenes where Vince continues to show up and cater to Marissa’s pregnancy cravings and she begins to lean on him more and more, I couldn’t quite connect those scenes to Vince falling in love with Marissa. And maybe that’s because as a reader, I prefer slow burn books where the emotional pay-off takes a longer time to come to fruition and the main characters really make me work for the happy ending but the quickness with which Vince goes from indulgent expectant father to besotted lover desperately wanting to marry Marissa is a bit disconcerting to me.

One of the things I really liked about this book was Marissa who was much more realistically written than Vince. I liked that she had issues with love and loss which prevented her from being able to fully let herself love Vince as quickly as he would have preferred. I also liked that she didn’t fully dismiss the idea of terminating the pregnancy - she had an abortion before and really thought about the practicalities and ramifications of becoming a single mother. I appreciated the candor with which these topics were handled. I also loved that she encouraged Vince to find something for himself because she didn’t think that she and the baby should be his entire purpose in life. In essence, when Vince was desperate for them to be together, she called him out for asking her to save him from his empty existence in a scene that was really well written.

I also liked Vince’s family and I do hope that the next book, which is about Cedric, the last Fong brother, features a certain character from this book as the love interest. I liked the family aspect of it, the tender way in which Vince took care of Marissa the second he learned she was pregnant was truly very sweet. However, as mentioned previously, parts of this book felt forced and difficult to believe and I think Marissa’s response to the entire situation felt far more believable to me than Vince’s did.

If you'd like to buy a copy of this book, please consider using one of these affiliate links to support the site: Amazon ◊ Apple Books ◊ Barnes & Noble ◊ Kobo

Content Warnings: depression, accidental pregnancy, parental death (off page), mother has benign tumor, heroine had an abortion in the past

FTC Disclaimer: I received an ARC from the author.