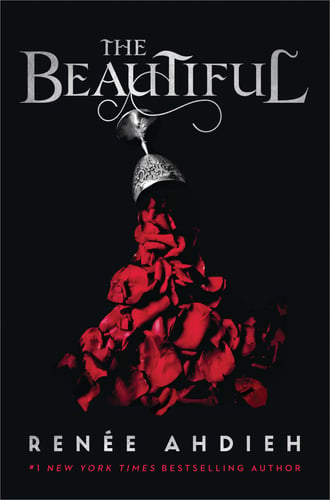 Review: The Beautiful, by Renée Ahdieh

The Beautiful was the perfect October read for me. A murder mystery, a forbidden romance, unexpected twists, and immersive world-building. The book is set in an alternate history New Orleans, shortly after the Civil War. The protagonist of the story, Celine, grew up in Paris, where her white father raised her to hide her Asian heritage. After killing the young man who was attempting to rape her at the dressmaker's shop where she worked, she flees to a convent in New Orleans. Arriving in the city is a revelatory experience for her.

Ahdieh's characters are of mixed and varied backgrounds, including biracial leads and queer secondary characters. Ahdieh doesn't pretend that the city is some sort of safe haven for people of color, however. Many of these characters have built safe spaces for themselves, but they still have to deal with openly racist and unwittingly racist people alike. For example, British-Indian Arjun points out to Celine's English best friend Pippa, that he's never been able to legally practice law in their home country. Pippa says that not everyone agrees with that, but Arjun says "but you all benefit from it." The book is absolutely feminist and anti-racist, but not in a way that overwhelms the murder-mystery sexy-danger aspects.

Where Celine goes, murder seems to follow. When she goes to what is essentially a fancy vampire restaurant and hotel to measure wealthy Odette for a carnival gown, her new friend Anabel turns up dead on the premises. (More murders follow, but I'm not going to spoil things for you.) While most of the book is in third person past tense, we get a first person present POV from the murderer in short interstitial chapters. Ever so slowly, we learn why this being is killing people and what they might want. And then, finally, their identity.

But you and I are here for the romance, and this is a good one. If you like mysterious brooding men with tragic backstories and devilish smiles, you'll be happy. If you might be open to a love triangle with the detective assigned to solve the murders? Even happier. Celine is stubborn and brave to the point of recklessness and a large part of the plot is her repeatedly defying the men and women in power who try to cage her. Bastien is swoon-worthy, but Celine is a badass you want on your team - even if murder follows wherever she goes.

As usual, Ahdieh's descriptions are vivid and readers can see, smell, hear, touch the opulent settings and jubilant night life in New Orlean. Shivers of pleasure and fear, hunger for adventure and indulgent foods, lust and terror and hesitant trust. I could go on for another 1,000 words, but you'll just have to read the book.

Suzanne received a print copy of this book from the publisher for review.