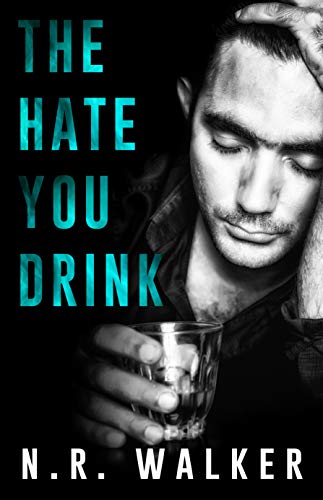 Review: The Hate You Drink, by N.R. Walker

This friends-to-lovers romance is really a beautiful story about coming to terms with an alcohol addiction, and what the journey to recovery looks like when you have the support of people who love you dearly. It's told from the two points of view: Monroe, who has used alcohol as an escape since his parents died three years ago and Erik, his best friend since they were eighteen (they're about 27 in the book) who bails him out, cleans up his messes, and also has been in love with him since they met.

One of the best things about this book is that everyone sees and treats and talks about Erik’s addiction as a physical illness, something that can be managed and requires support to heal from. It's so comforting and almost a relief to have the shame and judgment that often is thrown at a person who needs help completely absent from this book. When Monroe’s (amazing) sober coach / therapist / recovery guide Saul informs Erik that this is a life-long illness Monroe will deal with forever, Erik is offended at the thought of abandoning him: “If he suddenly lost the use of his legs or contracted a disease like diabetes or fucking cancer, I wouldn’t turn my back on him because it all became too hard.”

Erik's family plays a wonderful, encouraging, lovingly supportive role in the story. The helplessness, hurt, concern, and impact of Monroe’s alcoholism on Erik’s life is also brilliantly portrayed here. The book is filled with men sharing their honest feelings and fears, conversations that communicate their vulnerabilities, and so much openly unashamed sobbing, which is a thing I wish we saw more of in books (and in life).

Monroe and Erik's best-friendship and its unfolding into ‘We are in love’ is so, so sweet. As Monroe begins the process of confronting his addiction, their relationship is expressed through intermittent phone calls and scheduled meetings as his recovery plan allows. Everyone around them can see their love for what it is, while they seem to just be awakening to it. The essence of the story is about Monroe allowing himself to grieve, give love to the people in his life, and believe that he is worthy of receiving the love that surrounds him. I loved when Saul told him: “You are good enough. You are exactly who you were born to be.” It’s warm and wholesome and it’s got truths that aren’t easy to hear, but The Hate You Drink is a recovery story that is hopeful and comforting to read.

Sidenotes: I found the audiobook narrator’s voice robotic and emphasizing all the wrong words, but the story kept my interest and the writing totally shines through. There are often bits that are repetitive, though. Usually when switching between perspectives describing the same moment, and when a character goes from thinking something to saying it.