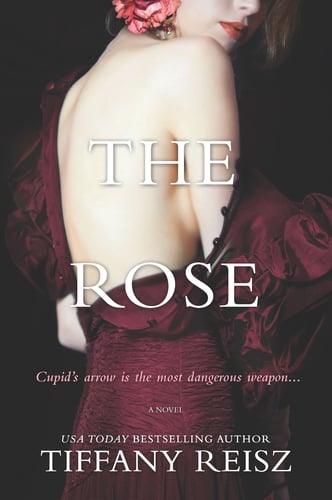 Bestselling author Tiffany Reisz returns with an imaginative tale of lust and magic, and the dangers unleashed when the two are combined…

Realizing the true power of this ancient and dangerous relic, Lia is even more wary of giving it up, though August insists it is only safe with him. He’s willing to pay the full value of the cup, but Lia has another type of trade in mind. One that finds them more tangled up in each other—and in fantasy—than either was prepared for.

Review: The Rose, by Tiffany Reisz

I devoured this book. It's delicious. I don't have better words to say this, so I'll just give you my initial impression:

I would like to drizzle this book over a lover and lick it off.

Where The Red was an experiment in pain/pleasure and pushing the boundaries of reality and the physical body, The Rose is a little sweeter. Of course, it isn't too sweet, because this is Tiffany Reisz and she doesn't do that.

The Rose opens with a young woman, daughter of an Earl, about to have a graduation party as she's just wrapped up her time at university. She's 21, and she has a bit of a secret. You see, she's a Madam. She arranges appointments and handles the financial bits for several of her friends. She's got the connections, they've got the skills and desire to use them.

This is all going smoothly, until the night of her graduation party. Her father has invited a stranger to the party as a sort of consolation prize. You see, Ophelia's father outbid August Bowman at an auction recently. The piece up for bid? A rose kylix (an ancient cup made for drinking wine, decorated with an image of a young woman and a rose). August is sexy as hell, but he also warns Ophelia that the kylix is dangerous and has the power to transport people who drink wine from it into their deepest sexual fantasies. You see, August is a prostitute with the Cult of Eros and this Kylix is a gift given from Aphrodite to her son (Eros).

She tells him to go away and figures that's that.

Until the artist (and terrible person) who took her virginity blackmails her. Unless she pays him 1,000,000 pounds, he's going to tell the papers about her escort service and destroy her life. This leads Ophelia to go to August with a deal - he gives her the money, she gives him the Kylix. But she doesn't need the money for a week... so why shouldn't they play with it first?