One of the best feelings as a reader is when you love a book and then realize there are another four in the series. Romancelandia Twitter tells me that we call this a "series glom,"  and I'm happy to report that I'm coming off of a great one. Sarina Bowen's fifth True North novel, Speakeasy, comes out today, May 29, so let's talk about the first four, shall we?

Here's what you can expect from the series as a whole:

I gave the first book, Bittersweet, a mini-review back on March 15, before I realized I was going to inhale the remaining three books in a matter of days. (I've done a copy and paste below, so if you already read it, feel free to skip ahead.) The first four books are in Audible's Romance Package, which is how I read them.

You can technically read these as stand-alones, since each book focuses on a new couple, but I don't think books 2 & 3 ought to be read on their own. Because it's a tie-in with another series, Bountiful stands on its own a little better. Alright, on to the books!

I'm probably incapable of writing an objective review of this series, since it takes place in a fictional town about 10 minutes south of where I grew up in rural Vermont. Bowen references the ice cream place I used to frequent, a store I used to work at... the list goes on. I also grew up on a farm and then worked in restaurants. I don't know Sarina, but she wrote the book for me. I listened to the audiobook (in Audible's Romance Package) on my way to and from a visit to the family farm in Vermont, so my reading experience was likely impacted. Make of that what you will.

Here's why I recommend it:

I dragged my feet a bit before reading Steadfast, as it features a hero just released from prison in Bittersweet. Jude was in prison for driving under the influence of opioids, resulting in a fatal car crash. The victim? His long-term girlfriend's brother. And, since Bowen writes ANGST, the heroine's dad is the Chief of Police. I won't give spoilers, but I will say that I loved this book, despite my concerns and the ample content warnings below.

I live in an area of New Hampshire where we find needles on the playground, where break-ins are widespread, where foreclosed houses are gutted of copper pipes because addicts can sell the pipe to scrap metal dealers. There's nothing romantic about drug addiction, or about the intense, never-ending process  of recovery. But... Sarina Bowen writes characters who make you cry, laugh, and love right along with them. In the hands of someone else, I could see this story not working. I wouldn't have been willing to take the risk, if I'm honest. But she pulled it off, and I managed to love Jude and Sophie more than I thought possible.

Content warnings: drugs, physical/emotional/verbal abuse directed at the heroine (from her father), police abuse of power, 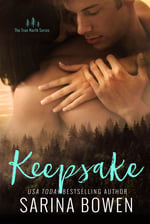 I'm ready for Sarina Bowen to change my mind, but as of right now, this is my favorite of all her books. (We can fight it out in the comments if you want.) It's possibly her most over-the-top, as well, since the wealthy, privileged heroine is recovering from being abducted and ransomed while doing non-profit agricultural work and the hero was brought up in a religious cult.

Zachariah has been working for the Shipleys for a while, and since he has no family to go back to, he's in a constant state of worry about his position on the farm. He works hard and tries to be as helpful as possible to convince them to keep him on. He's also the sweetest virgin hero ever.

Lark is one of May Shipley's college friends, a former dare-devil now hoping that some fresh air and manual labor on the Shipley Farm will help chase off her demons. Lark is broken when she arrives, waking up screaming every night. It's awful, reader. Awful.

In the end, though, the book turned out to be one of the most moving stories I've read in a long time. I was sobbing at one point, when Lark leaves the farm to get the intensive therapy she needs. Seeing these two people come together but not able to fix each other was both realistic and heartbreaking. When Bowen guided them to their HEA, I was cheering and crying at the same time.

Sarina Bowen managed to get me to read a secret baby romance and like it. *mind blown*

Zara is a somewhat prickly bartender when she meets Dave, a member of the Brooklyn Bruisers hockey team and they embark on a one-month-stand. They don't exchange last names, phone numbers, or much information at all, since Zara knows that Dave is leaving soonish. They have safe sex... mostly. (They also have steamy, bossy sex. It's hot.)

Fast forward to two years later and Dave is back in Vermont on holiday again, and seeks out Zara. Little does he know, she has a toddler. A toddler with Dave's trademark red hair. As I said, Bowen managed to get me to read a secret baby romance and like it. I think this one worked for me because Dave's a genuinely good guy. He was following the "no-backstory" rules that Zara set for their relationship, and when he finds out about the baby, he immediately takes responsibility and falls in love with her.

I was curious until the very end just how they'd manage to make all the pieces work, with Dave's hockey career, Zara's new cafe, and the baby to think of. It all works out, of course, and I really enjoyed the push-and-pull of Zara and Dave's relationship. Zara's attitudes toward sex and motherhood are soemthing not often seen in romance heroines, and I appreciated reading about a woman who both likes sex and hates the way that people judge her for it. You know I read for heroines, but if you like heroes, Dave's a bossy, sexy, good guy.

If you're here for Speakeasy, you can pick up a copy at Amazon, iBooks, or Barnes & Noble! I cannot wait for May's story.

Sometimes you fall for Mr. Right. And sometimes for Mr. Right Now…
May
Did you hear the one about the girl who walks into a bar and catches her live-in lover kissing someone else? No? You’re the only one in town who missed it.
Luckily Alec is there to wrap me up in strong arms and carry me out the door before things get too ugly. And that’s not all Alec is good at. Our unexpected chemistry makes him the perfect rebound guy.
Alec
I should know better than to hook up with my rival’s little sister, but the fiery look in May’s eyes really turns my crank. She needs cheering up, and I’m just the guy for the job.
It’s not like I’ll fall in love. Not even after a string of scorching hot trysts, and the realization that we’re good at the same things: wild nights and familial disappointment. I don’t do love, never have, never will. So this is the perfect arrangement, for both of us.
Nobody would approve, but nobody has to know…