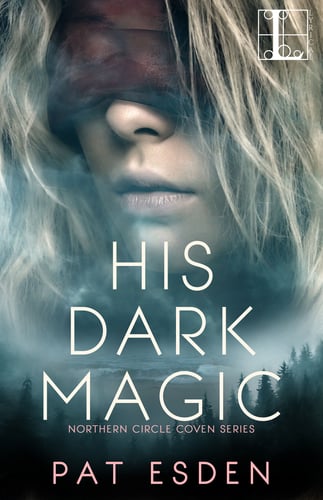 It feels like Esden couldn’t decide between an urban fantasy/adventure book or a romance, so she smashed the two together. His Dark Magic has a great urban fantasy action book in it, or a great romance about a witch coven with some naughty magical touching during the sex scenes. But together they fall flat, and at the end, we get an HFN with a huge question mark at the end instead of an HEA.

It’s something I’ve noticed happening more frequently in paranormal romance - either both the paranormal and romance parts of it are unrealized, or one side dominates the other. The concept of the Northern Circle series seems very cool. I am here for more stories about queer positive witches and warlocks trying to make the world better. But Esden’s representation of the coven and some of its minorities is very surface level. Devlin, the high priest of the coven, has almost no characteristics that make him an appealing romantic hero. He has a dog, so that’s exciting. And an orange BMW, which is less impressive. And that’s pretty much it. None of the characters are very developed except for Chloe and Keshari, Chloe’s friend.

Chloe’s motivations are compelling, and I enjoyed that her attraction to Devlin is physical more than emotional, but she’s a dull character. Her real draw to the coven is the possibility of healing a child who was injured while she was babysitting him. Who wouldn’t want to utilize a power like magic to fix their past? Even with that motivating Chloe and the story, it ended up leaving me uninterested in whether she succeeded or not. Once the drama around summoning Merlin starts, all other motivations and issues fall away. The side characters, such as Keshari and a fellow coven member Em are way more exciting but get less page time. Keshari is a magic user whose family is from the Tibetan Plateau region and has a similar background as Chloe (parents disapprove of her, interested in using her magic for practical applications, has a cool magical keychain). And maybe it’s my angry biracial heart, but I couldn’t help but wonder why the story wasn’t about her. Keshari is regulated to the ethnic side character, someone who is always there to help out but ends up becoming cannon fodder during the big fight. You could tell the same story that’s in this book, but switch Chloe to the best friend role, and the narrative wouldn’t be impacted at all.

All this being said, I’d probably still check out the second book. I’m a sucker for paranormals about witches, and there aren’t as many coming out as I want there to be. The next book is about Em, one of the side characters that was more interesting than Chloe, and I think her story could be more captivating overall. I mean, she can talk to ghosts. How cool is that?! But if Esden keeps relegating non-white characters to the side, I won’t continue.

Stories like Darkling by Brooklyn Ray, which I mentioned in my Spooky Reads article, are great examples of what you can do with a romance centered around a coven. If you also enjoy stories about witch covens and aren’t looking for anything that’s going to blow your socks off, His Dark Magic is worth skimming. But hold out for something better.

Content Warnings: animal sacrifice, death of a loved one, parent infidelity, harm to a child