I asked Rai what was one dating app feature she created for Rhiannon's fictional dating app that she would love to have access to. Her answer surprised me, she would love to make the question “ What are you looking for?” mandatory (it is optional in some apps) and be able to filter based on the answer.

A lot of romance novels ignore the realities of how people actually meet (on apps & social media) instead opting for meet-cutes. Rai and I talked about current dating realities, and the pros and cons of being able to match with dates with a dozen people easily without being previously connected to them. It can vastly expand the pool of potential love matches and expose you to people you might have never crossed paths before but it can also make those connections and people seem more disposable. In The Right Swipe, Rai has finally been able to write about that particular dynamic, how it can be easy to meet people, but also easy to cut them out of one’s life and Rai made that part of the conflict and tension facing Rhi and Samson.

The disposability of people crops up again in how Rai tackled the topic of CTE in Samson’s life. Rai has long been watching the way the NFL and other sports addressed or failed to address the lasting harm repeated concussion had on their players. She watched the announcement of the Football CTE settlement with great interest, noting the ways the settlement have fails to cover many players and how difficult it can be for the affected to get help. It is not lost on Rai that too often, it is black and brown bodies that are most considered disposable once their entertainment value is used up. In The Right Swipe, Samson experiences the failures of the NFL’s CTE policies while on the field and through the way it scarred his family. 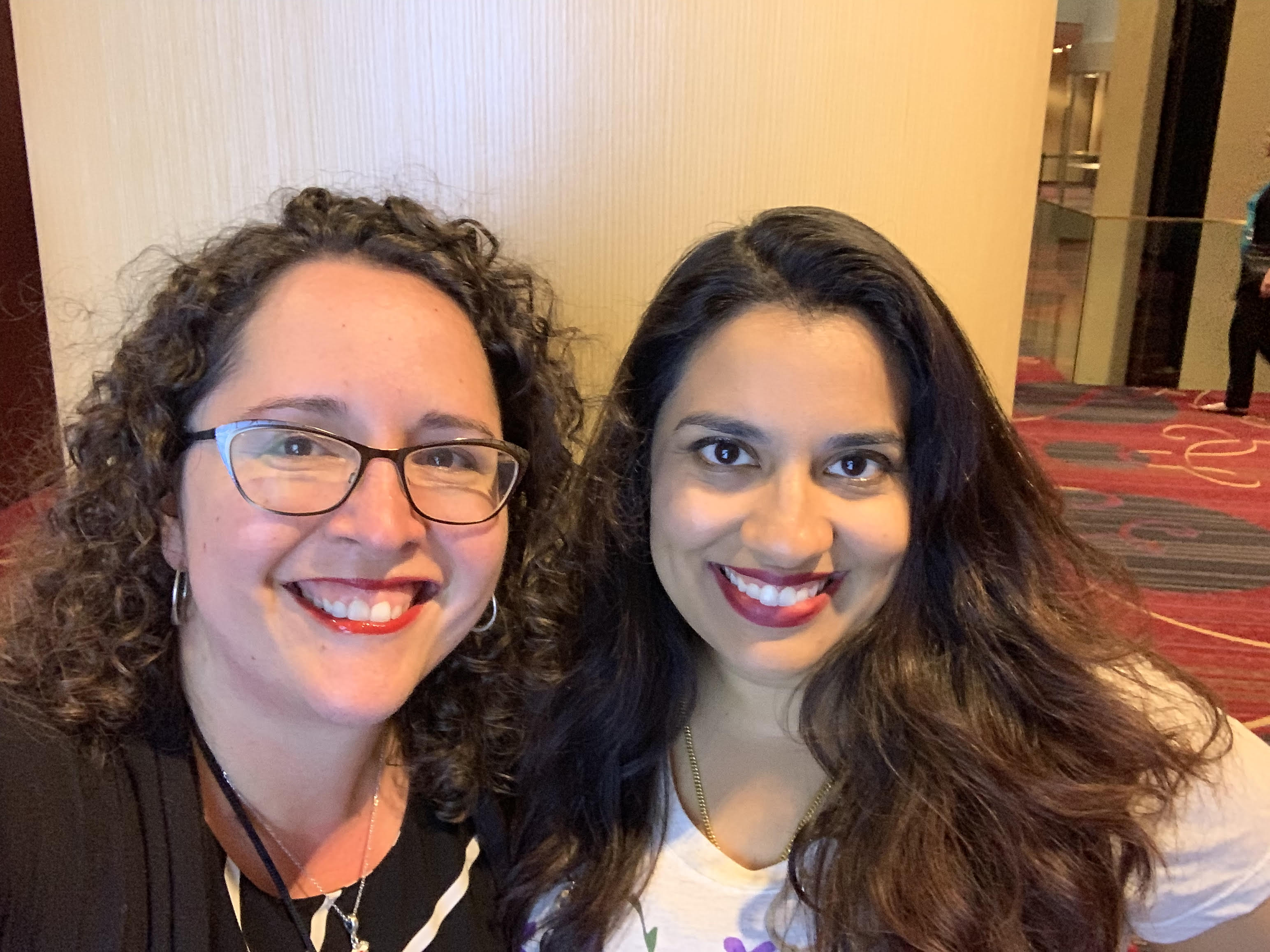 Knowing how long it can be between a book being written to when it is released, I asked Rai if she changed or tweaked Rhiannon’s story in response to the #MeToo movement. Rai said she based what happened Rhi on the documented experiences of many women in Tech. “Everything that happened to Rhi has happened to someone.” But Rai did tweak some of the storyline, particularly the way folks outside Rhi’s inner circle and family responded. The way the media has sought to cover #MeToo revelations and how one admission inspires others is something that is reflected in the Right Swipe. “You write a story right up to the last moment”.

In The Right Swipe, the way Rhi responds to the harassment at the time - and later - is to live by an axiom her mother Sonya once shared with her, “Success is the best revenge.” When I asked Rai about this she said that most adults carry around something another adult said to us in an off the cuff moment that has stuck with us. She said that in her experience, it is something many of us people of color carry as a defensive mechanism, a means of defining our own success or working to succeed to show up all those who are prejudiced against us.

In romance we don’t often see men in long-term full/time caretaking roles, so I asked Rai if she had specific reason or inspiration for having both Samson (taking care of his uncle Aleki) and Dean (as full-time dad) in those roles or if evolved as she wrote the story. Rai stated that is was both, in part it was a response to a response to our culture of toxic masculinity and how few heroes are ever allowed to be a little lost like Samson is. It was also allowed for him to be out of touch in the dating world.

In The Right Swipe there are half a dozen secondary characters I want to read more about so I asked Rai about them. While Rai doesn’t currently have plans to write their stories. She said that she would love to give Dean and his cousin their own little novella because she just loved writing their characters. Talking about secondary characters led Rai and I to talk about how while Jia (who will be one of the MCs in the third, Modern Love, book and Rhi came out of Forbidden Hearts series, Modern Love is a counter to her previous. As both Jia and Rhi are so happy to get out the little town everyone else just loves in the Forbidden Hearts. Everyone seems to be coming back home and both Rhi and Jia are not interested in that. They were looking for places were they could define themselves.

[Alisha under a banner cover for her first novel with Avon, Hate to Want You. Instagram photo shared with permission from Alisha Rai.]

As a fan from Rai’s self-publishing days I’ve been very excited to see Rai reach a wider market with the backing of Avon. I have loved seeing how they promoted her books and how they crafted such beautiful covers for the Forbidden Heart series, so I asked Rai how she feels about the new direction they are taking with this new series, opting for illustrated covers and moving her to the trade paperback format. Rai said she was very excited about the ideas the Avon team came with. 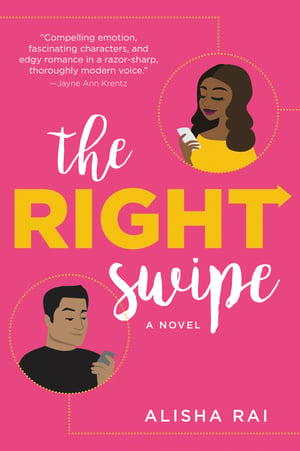 She is very happy with the direction they took with the cover. They used screenshots from her own dating apps as part of the workshopping of the cover and she thinks that they were able to represent something about the book that might not as been as easily captured with photos. She sees the popularity of illustrated covers as cyclical part of the market, much like all the inanimate object covers that were popular in the wake of Fifty Shades but she understands the uncertainty some readers might feel when looking at illustrated cover.

She also notes that this book is different from her previous books. The Forbidden Hearts books are soapier and angstier and the covers match the mood. Rai notes that The Right Swipe is less steamy and less angsty and the cover well represents that.

I asked Rai about her long-term goals in publishing (beyond being able to wallpaper her house with the gorgeous oversized cover banners she has stolen away from conference appearances). She didn’t hesitate to say that she would love to hit a list. She hasn’t ever before hit one and she knows that a book really has to hit fast and heavy to do so, but she is hoping she can do that someday. It has been a long-term goal. I did ask Rai if she had the opportunity to write outside of the contemporary romance sub-genre again what sub-genre would she revisit. She enthusiastically said she would love to write Post-Apocalyptic again. It was sort of played out when she wrote hers, and she would love to do it again.

Whatever genre Alisha Rai chooses to write in next, I am sure to look forward to the book.

Read Ana's review of The Right Swipe and pick up your copy now (affiliate links):