It's April 7 and I've got the April TBR post up! Yes, it's still a week late but I'm taking my wins where I can these days.

I'm excited to wrap up school for the year and get my hands in the soil. It's been a long winter and I think we all need to touch some grass. 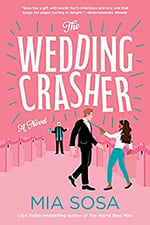 The USA Today bestselling author of The Worst Best Man is back with another hilarious rom-com about two strangers who get trapped in a lie and have to fake date their way out of it...

Just weeks away from ditching DC for greener pastures, Solange Perreira is roped into helping her wedding planner cousin on a random couple’s big day. It’s an easy gig... until she stumbles upon a situation that convinces her the pair isn’t meant to be. What’s a true-blue romantic to do? Crash the wedding, of course. And ensure the unsuspecting groom doesn’t make the biggest mistake of his life.

Dean Chapman had his future all mapped out. He was about to check off “start a family” and on track to “make partner” when his modern day marriage of convenience went up in smoke. Then he learns he might not land an assignment that could be his ticket to a promotion unless he has a significant other and, in a moment of panic, Dean claims to be in love with the woman who crashed his wedding. Oops.

Now Dean has a whole new item on his to-do list: beg Solange to be his pretend girlfriend. Solange feels a tiny bit bad about ruining Dean’s wedding, so she agrees to play along. Yet as they fake-date their way around town, what started as a performance for Dean’s colleagues turns into a connection that neither he nor Solange can deny. Their entire romance is a sham... there’s no way these polar opposites could fall in love for real, right?

Why I Want to Read It -  Okay, I already read this one. But I loved it. I wrote a little over on Instagram. If you like fake dating, this is the book for you. 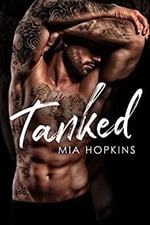 A fighter without a purpose. A crusader with nothing to lose. Can she trust him with her heart, or is he just another lost cause?

By day, I do all the grunt work at my family’s struggling L.A. brewery. By night, I blow off steam at an underground fight club. I never thought the pandemic would bring Deanna Delgado back into my life—the woman who ghosted me three years ago after one unforgettable night. But the brewery needs a miracle to survive. And that miracle could cost me the only person who’s ever had faith in me.

My family calls me an idealistic do-gooder, but I see a better, brighter future for my community. My biggest problem? I’ve just lost the job I love. To ease my pain, I’ve hooked up with Angel Rosas, the filthy-sweet one-night stand who’s somehow dropped back into my life. There’s so much more to Angel than he lets on. Is he the man I can trust with my body and my heart? Or is he just another lost cause?

Why I Want to Read It -  This series follows three brothers and this is the third one! I loved the first two in the series - Mia Hopkins has a real skill for writing both pants and heart feelings. I'm anticipating angsty goodness.

All titles in red are links to Amazon. Check out the full list here.

April 5 - Fool Me Once, by Ashley Winstead

April 5 - The Date from Hell, by Gwenda Bond

April 5 - Nothing Burns as Bright as You, by Ashley Woodfolk

April 5 - Business Not As Usual, by Sharon C. Cooper

April 5 - She Gets the Girl, by Rachael Lippincott & Alyson Derrick

April 5 - To Marry and to Meddle, by Martha Waters

April 12 - With a Twist, by Georgia Beers

April 12 - Demon Hunting with a Southern Sheriff, by Lexi George

April 19 - Sofi and the Bone Song, by Adrienne Tooley

April 19 - Part of Your World, by Abby Jimenez

April 26 - The Other Half of the Grave, by Jeaniene Frost

April 26 - All the Duke I Need, by Caroline Linden

Reminder: all of these books are collected in a list over at Amazon for your convenience.

What April books are you looking forward to reading?

If you appreciate our content and wish to support the site, please consider using the affiliate links in this post and below for your shopping needs. As always, you are welcome to leave us a tip on Ko-Fi!