Melinda reads books, reviews books, and edits books so books are basically her entire life. If she's not talking about romance somewhere she's probably putting together a puzzle or trying to keep her cats away from one of them. Melinda is an admin for #RomanceSparksJoy and co-host of RomBkPod as well and you can find her on twitter @MelindaEdits.
Find me on:
[fa icon="twitter-square"]Twitter

END_OF_DOCUMENT_TOKEN_TO_BE_REPLACED

As a fan of Kwana Jackson’s other pen name K.M. Jackson I’d been looking forward to her debut under this name with Berkley. The summary alone delighted me because it screams complex family dynamics and the idea of grown men trying to figure out how to run a knitting and craft business really appealed to me.

The romance between Jesse and Kerry is sweet and a bit of a slow burn but is also low angst, which honestly I needed right now. I really liked Kerry in particular and loved seeing her stand up for herself as things went on. And the Strong brothers made me sit up and say ask what is behind each of their stories exactly Ms. Jackson!?

END_OF_DOCUMENT_TOKEN_TO_BE_REPLACED 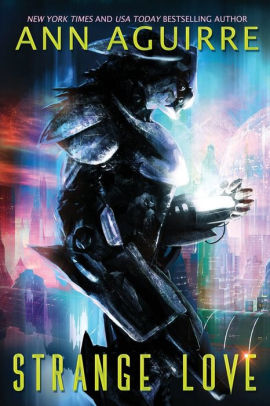 For a book that features an alien abduction of the female main character, Strange Love may actually contain one of the sweetest love stories I’ve read recently. Beryl, and her dog, Snaps, are accidentally (seriously) kidnapped from Earth by Zylar and brought to his home planet. They are fitted with translator chips and to my incredible delight this means Snaps can talk. Every wonderful thing you’re imagining your dogs saying? Snaps says. I can’t count how many times I snorted with laughter.