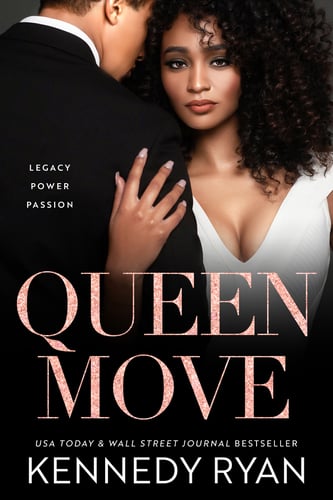 Dig a little and you'll find photos of me in the bathtub with Ezra Stern.
Get your mind out of the gutter. We were six months old.
Pry and one of us might confess we saved our first kiss for each other. The most clumsy, wet, sloppy . . . spectacular thirty seconds of my adolescence.
Get into our business and you'll see two families, closer than blood, torn apart in an instant.
Twenty years later, my "awkward duckling" best friend from childhood, the boy no one noticed, is a man no one can ignore.
Finer. Fiercer. Smarter.
Taken.
Tell me it's wrong.
Tell me the boy who always felt like mine is now the man I can’t have.
When we find each other again, everything stands in our way--secrets, lies, promises.
But we didn't come this far to give up now.
And I know just the move to make if I want to make him mine.

A subplot of Kimba’s dealing with early onset menopause was both refreshing and frustrating because on the one hand I loved seeing this on page so much! More dealing with women’s bodies at every stage please. But on the other I felt at some points it sidelined her incredibly powerful job a bit too much in places, which was probably the entire point since that's an incredibly realistic thing that happens in the world. So my frustration was more with the unfairness of it all than the plotline really.

This book is perfect for the reader who loves Shondaland or Grey’s Anatomy level angst. Ezra and Kimba felt like star-crossed lovers who got the HEA they needed.