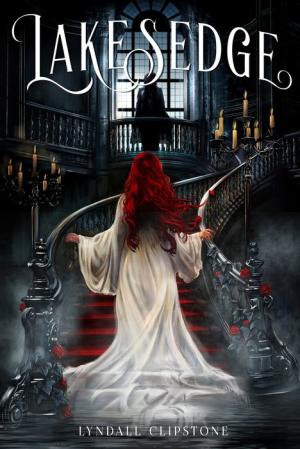 A lush, gothic fantasy from debut author Lyndall Clipstone about monsters and magic, set on the banks of a cursed lake, perfect for fans of Naomi Novik and Brigid Kemmerer.

When Violeta Graceling and her younger brother Arien arrive at the haunted Lakesedge estate, they expect to find a monster. Leta knows the terrifying rumors about Rowan Sylvanan, who drowned his entire family when he was a boy. But neither the estate nor the monster are what they seem.

As Leta falls for Rowan, she discovers he is bound to the Lord Under, the sinister death god lurking in the black waters of the lake. A creature to whom Leta is inexplicably drawn… Now, to save Rowan—and herself—Leta must confront the darkness in her past, including unraveling the mystery of her connection to the Lord Under.

Lakesedge is everything I hoped it would be: a romantic dark gothic fantasy novel with an intriguing magic system. 'Tis the Spooky Season and this is a great pick for those of us who want something horror-lite. Lakesedge pairs an anguished boy who feeds his blood to a cursed lake once a month and a girl who's haunted by the lord of death and desperate to save her brother from said anguished boy. If that's the right level of spooky for you? Read on.

First things first: this is not a standalone book. I received an early copy and nowhere on Amazon or Edelweiss (the site where I obtained my ebook review copy) did it say "World at the Lake's Edge, #1" as it now says on Goodreads. This book ends on a whopper of a cliffhanger and I'm kicking myself for reading it with so long to go before the sequel.

Lakesedge opens as Leta and her brother Arien are bringing their tithe to the annual town festival for the local lord. As children, they had something of a Hansel & Gretel journey through the woods before being taken in by a woman who turned out to be abusive when Arien's magic manifested. So their situation is already bad, but when Rowan, the young lord of Lakesedge, demands that Arien move to Lakesedge, Leta refuses unless she's allowed to go, too. We've already seen Leta's reckless martyr nature several times by this point, but it's here that we  get our first glimpse of the real Rowan. He may have murdered his entire family, but when he sees the bruises on Leta's arms, he agrees to let her come with him.

Rowan is made out to be a monster and he did indeed do a monstrous thing as a child, but he's the kind of broody mess with a marshmallow center that Leta can't help but love. Their relationship is contentious at first, but when it becomes clear that they'll have to work together (with Arien and a young woman living at the estate), their feelings quickly change. While I enjoyed their angsty but somehow sweet romance, my inner Oscar the Grouch was sitting nearby looking at the darkly alluring Lord Under and cheering for Lakesedge to venture into the realm of trash. Based on this interview, I think it's gonna.

This review is already too long, so here are some things in the book: feeding the earth blood or life magic to fight off the cursed lake, lots of sticking hands into mud, casually queer characters, strong sibling relationship, Beauty and the Beast vibes, non-explicit sex and a spooky house with lovely secondary characters (hi, Mrs. Potts but grumpy).

Overall, I liked it a lot! Is it super original and groundbreaking? No. But is it a fun way to spend a few October hours? Absolutely.

Audio Notes: Emily Lawrence is a prolific narrator and I've enjoyed several books by her in the past. She read House of Salt & Sorrows and You'd Be Mine among many others. Sometimes this can make settling into a new audiobook difficult for me, but I think her smooth voice worked well for the tone of the book and the characters were distinct enough that I got into the world quickly. That said, I recommend listening to the sample as she does hit some words and pauses in a way that might not work for everyone.

I received a copy of this audiobook from the publisher for review. I also received an ebook copy which I of course couldn't read due to grad school, so I'm grateful to the lovely folks over at Blackstone Audio for acommodating me.