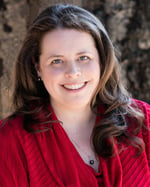 Where did you get the idea for the storyline? Grant from Alinea is mentioned in the book, and I know from Netflix's Chef's Table that he had a similar experience with losing his taste. Is that part of what sparked this idea?

Yes! I actually remember sitting in Alinea—Grant Achatz’s restaurant in Chicago—in 2010 and considering what it must be like for a chef to lose a sense that is a defining part of their career and skillset. For Achatz’s, that spurred incredible creativity by focusing on the other senses in creating the Alinea experience. Years later, that meal and that kernel of an idea remained, and was stoked to life again by the Chef’s Table episode you mention, as well as the other chefs and industry professionals I’d either read about or come to know personally who had gone through similar experiences—be it a loss of taste from chemo, a loss of smell from medication, even a temporary loss of sight. Add in the many more dining experiences on my part in the intervening years, and I was able to craft this romance that highlights the struggle and heroism of those and every other culinary professional and some of my favorite meals.

Can you share a bit about the research and writing process for Dine With Me?

I moved to the San Francisco Bay Area in January 2006, and I had my first meal of many at the French Laundry in 2009. In 2014, my husband and I got married there. And in those intervening years, and in the years since, there have been so many foodie adventures—from dive bars to food trucks to Michelin-starred restaurants. And it’s not just the food that makes each of those experiences great. It’s interacting with the waitstaff, sommeliers, bartenders, and chefs, talking with the purveyors and winemakers they lead you to, and chatting with other patrons who enjoy what you do that make the whole experience outstanding. And informative. Over the years, I’ve learned so much and developed a deeper understanding of the time, love, passion, and commitment that goes into all aspects of the food and wine industry. And I’m just a foodie. I’m still only seeing a sliver of it, but I hope I was listening well and conveyed that as accurately as possible on the page.

What were some of the first things you knew you wanted these characters to be?

I set out to do something different from my norm with this book. This was my creative, book of my heart, passion project, and I went all in. Toward that end, both Miller and Clancy are not the character archetypes I usually write. Rather than my more typical alpha male, I wanted to do a fallen alpha. Miller’s first lines of the book – “Icarus and all that shit”—really sums up where he’s at in life. And it’s a perfect counterpoint to where he’s at in the end of the book—“Fuck, Icarus.” Clancy, by contrast, is that ray of light character that I rarely get to write in romantic suspense. He also presents as a beta but when he gets those doctor scrubs on, he’s all alpha. The sunlight is no less bright, though. It shines through in his honesty and his compassion with his patients. Both these guys were a challenge, and a delight, to explore.

I immediately felt the depth of connection between the two characters. I'd never been so invested right from the start. I don't even know if this is a question you can answer, but how did you do that?

That’s honestly how they appeared on page together. Snark, love, honesty, friendship. A lot of Miller and Sloan flowed from me and my husband. We’ve been together nearly as long, both from NC, started as friends, and I’m the lawyer and he’s the wannabe-chef. But our personalities are flipped. I might get a little lost in my feelings sometimes, like Miller, and he’s the Sloan, always there with a reality check, a pat on the cheek, and a “stop moping, here’s a chicken wing.” But so much of that dialogue and interaction is natural, to me and us.

Your descriptions of food are mouth-watering! Which of the meals mentioned here are your favourite?

If I had to pick my top three of the places Miller and Clancy visit… (1) The French Laundry, for numerous sentimental reasons mentioned already. And the meal in the book is based on my all-time favorite meal there, December 2009, when I got my first taste of white truffles. (2) Port of Call in New Orleans. I first had that burger when I was 18. I had it again at 40. It’s still the best burger I’ve ever had, no competition. (3) The Provision Company in Southport, North Carolina, which is simply put, my happy place. Sit back on the patio, enjoy fresh shrimp, a good burger, and/or a crab cake, some sweet tea, and just watch the sunset over the Sound. Doesn’t get much better.

I never felt the mood of the book turn dark or overwhelmingly heavy, even when the moments of hopelessness and heartache feel incredibly real. Was that something you did intentionally?

Yes, but it took work. I set DWM up to balance out Miller’s darkness with Clancy’s sunniness. And he’s adorkable, so there’s always humor with him. That s’mores line, for instance, when the story is otherwise in a very dark place. But there were times where I had to pull back a bit on Miller’s spiral. The farmer’s market scene and following picnic are great examples. Those were not in the first draft. They were an editor suggestion to build the characters’ bonding time but they also turned out to be relatively lighter scenes—where Miller and Clancy are just enjoying the food and each other, without a lot of the other darker thoughts.

Did you always know how far you'd take it? And that you'd keep us in suspense about Miller's decision with our hearts right at the edge of the cliff? (I have NO idea how Clancy kept calm!!!)

I did mention I write romantic suspense, right? I’m a ticking clock girl, in all writerly works ;) I had each culinary tour spot planned out, and I knew it was going to come right up to that edge. I changed the final location—from a seafood place in Maryland I love to my calamari heaven aka the Ritz at Laguna Nigel—to work with Clancy’s backstory, but that was always the time in the story when things would spiral. The added advantage of the location change was the s’mores bit, which is a treat that comes with the firepit rooms at the Ritz Carlton’s here in California. Turned out to be one of my and reader’s favorite bits in the book.

Your Acknowledgements say Dine With Me is unlike any of your other books, and while anything you've written has now risen to the top of my TBR list regardless... Are there any other foodie Romance books you'd recommend for readers who loved Dine With Me?

Thank you! And as for other foodie book recs, Adriana Herrera’s Dreamers series is a must read. She’s doing incredible work in those books, as a writer, foodie, and social justice warrior. My other go-to foodie romance is Roan Parrish’s The Remaking of Corbin Wale. Beautifully written, magical, and I went out the next day and bought two bags of pastries.

I'm about to catch up on your backlist, but for those readers way ahead of me: What are you working on next?

For the Greg fans, you’ll see his and Tony’s story (a prequel to DWM) in the Heart 2 Heart Charity Anthology out in October. Then in November, Fog City 3 releases. Next year, will hold a couple Fog City spin-offs, and a new romantic suspense trilogy from Carina that’s a bit lighter, a bit more tropey, a bit closer to cozy than my usual. I can’t wait!

Strange as it sounds, cancer is the part of the Dine With Me blurb that drew me in. My family history has meant that I've grown up with certainty of diagnosis and disinterest in being optimistic for treatment. But your book, this book, is the first time I'd thought that maybe I'd stay and fight. So, I will use Miller's words as my own, to finish: "Thank you, for everything, especially the plaid."

And that is the highest of compliments and means the world to me. Thank you!

RITA Finalist Layla Reyne is the author of the Agents Irish and Whiskey, Fog City, and Changing Lanes series. A Carolina Tar Heel who now calls the San Francisco Bay Area home, Layla enjoys weaving her bi-coastal experiences into her stories, along with adrenaline-fueled suspense and heart-pounding romance. She is a member of Romance Writers of America and its Kiss of Death and Rainbow Romance Writers chapters. Layla is a RWA® RITA® Finalist in Contemporary Romance (Mid-Length) and Golden Heart® Finalist in Romantic Suspense.

Where to Find Layla Reyne: