Mini-reviews of three queer young adult novels and one queer contemporary polyam romance: Dark and Deepest Red, Only Mostly Devastated, In the Shadow of the Sun, and Three Part Harmony. All read as audiobooks! 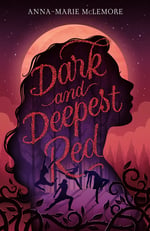 Dark and Deepest Red, a retelling of the story of the Red Shoes, is told in two timelines by three narrators. In 1500's Strasbourg, a Roma girl is blamed for a dancing plague and she and her trans boyfriend fear for their lives. In modern day United States (Texas? I don't remember, sorry) a French/Roma/American boy and his Mexican-American childhood best friend work together to save Rosella from dancing shoes that have turned against her in a town that has a magical event every year (usually good things). It's a complicated narrative that takes some time to get into, but McLemore's signature lush prose and heartfelt queer narratives are worth it if your brain can handle that initial investment. HEA/HFN for all, so don't worry.

Suzanne received a digital copy of this book for review but listened to it via her Scribd subscription.

Only Mostly Devastated, by Sophie Gonzales

I was really excited to read this as it's a gay retelling of Grease. I wasn't prepared for the amount of homophobia in the book or for a significant cancer plot, but ultimately I really enjoyed it. The "Sandy" character is the sole narrator and he's a lot of fun to hang out with. The "Rizzo" character is a bisexual mean girl named Lara who ends up becoming really close to Ollie by the end. And the "Danny" character is Will, a basketball star who feels he needs to perform hyper-masculinity for his friends. The story is familiar enough and calls back to Grease enough to make fans happy but it's not so overt that readers will tire of the references. I wanted to slap Will many times, but Ollie asserts himself, Will figures himself out and ultimately everyone proves themselves to be less awful than Will feared. I'll be watching for future books from Sophie Gonzales.
Content Warnings: homophobia, fear of outing, outing of a secondary character, biphobia, cancer

Suzanne received a digital copy of this book for review but read it on audio via her Scribd subscription. 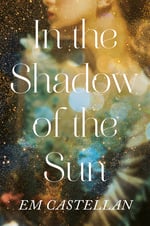 In the Shadow of the Sun, by EM Castellan
Suzanne says: Read it Soon

I first talked about this book when I wrote up my France is for Romance post. I'm happy to say that it was everything I wanted it to be. I live for the trashy people at the Sun King's court at Versailles and the addition of magic and an HEA was perfection. I'm also happy to say that Philippe's sexual and gender orientation was handled well. There's some jealousy but it's not about Philippe's relationships with men, but his relationships with... everyone. Louis is as selfish as you might expect, the setting is immersive and the villain dastardly.

Initially, I thought I'd be into this book because of Bruce, called #messbae by author Holley Trent, so it was a wonderful surprise that I loved all three characters equally.
Raleigh is buttoned up and cautious (until he's not), Bruce is so full of love and just needs people to love him back (also he's super hot) and Everley is the round, ambitious but stuck woman of their (my) dreams. I loved how the two men treated her body and how they worked out their trust issues as a group. My only wish is that we'd had more time with them after they figured out their relationship. When the MCs come together at 93%, it's hard to get a feel for how they'll work together, even if there's an epilogue. I need the feels!
The audio (three narrators) was really well done and I highly recommend it.

Content Warnings: manipulative parents (all of them!), past: mistreatment of MC due to neurodivergence

Three of these books are published by Macmillan imprints. Macmillan is currently embargoing titles for libraries only. More information on this here.