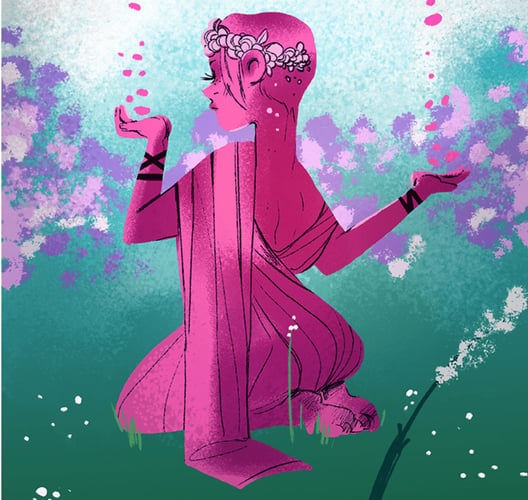 Support on Patreon (and get the NSFW stuff for $1)

Friends, gossip, parties, and of course love. A modern retelling of The Taking of Persephone. 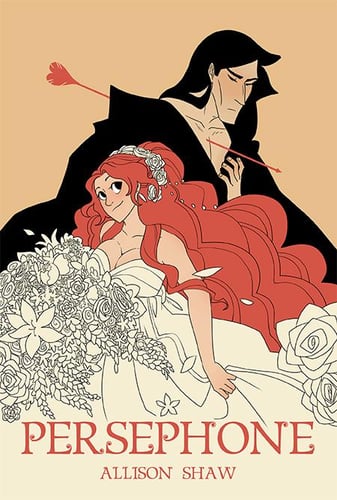 Available in eBook and Print via Hiveworks Comics.

In his ancient hymns, Homer tells us of the unyielding Lord of the Dead who kidnapped the innocent daughter of Demeter. He tells us quite a bit, in fact, for someone who wasn’t there.

Persephone is no tragic victim, but a kind young woman held in place by her overbearing mother. A failed scheme by Apollo leads her to a chance encounter with the humorless Hades, who is struck by love’s arrow. Now he must wrestle with his aching heart before he loses control entirely....

Not that the infatuated Persephone has any complaints regarding Hades' plight.  As desire blooms between the secluded goddess of the harvest and the ruler of the underworld, the world changes both above and below.

The book is a 164-page softcover comic intended for an adult audience. This one volume contains the entire story.

Allison Shaw's PERSEPHONE is beautiful, but lacks the depth that would have pushed it to the next level. The story progresses at a rapid pace, with some characters seeming to act without clear motivation. Readers who aren't familiar with the Greek pantheon might find themselves a bit adrift.

As a series of illustrations, it's quite lovely. The line work is spare but fluid. Panels burst with white flowers and flowing garments. The color palette plays Persephone's white and red against Hades' black, highlighting the opposites-attract aspects of the story.

Symbolism, artistic flourishes, and a deep love of love make this story enjoyable despite the general feeling of "wait, that's it?" Our verdict is that it's well worth the $5 for a digital copy.