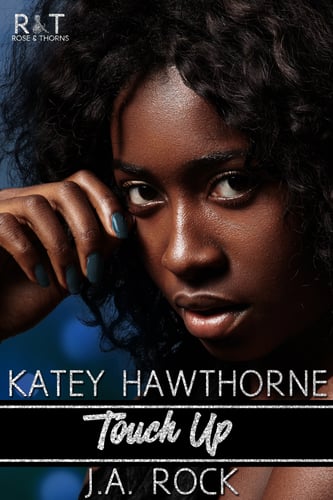 Last year, twenty-three-year-old actress Dina Gilbert snagged the lead in the summer's biggest blockbuster. It wasn't easy: she's black, openly queer, and has actual curves she refuses to let people Photoshop. Now, overwhelmed by sudden fame and homesick for Georgia, she's becoming someone she doesn't recognize. Maybe that's why she's out partying her face off most nights.

Enter Colleen Thomas, an ex-model turned photo editor whose issues with her own body are only surpassed by her issues with other peoples'. Colleen knows the rules but Photoshops Dina's magazine cover anyway, incurring the wrath of Dina and her fans. And, okay, maybe that cover image was unbelievably sexy even before Colleen's alterations. So what? Dina's not fooling anyone with that girl-next-door, I-eat-Snickers-in-my-Golden-Globes-dress BS. Colleen knows a train wreck when she sees one.

Tensions rise even more when Colleen and Dina have to work together at the Rose Social Club's annual charity gala. When they realize they have something in common, no one is more surprised than they are. The sexual chemistry doesn't hurt either. Their differences could either be a source of strength--a life raft in the heaving waters of Hollywood--or the makings of a titanic crash.